Bringing back nature: A global biodiversity framework is needed urgently

A new global agreement on biodiversity could drive coordinated efforts to stop and prevent nature loss. How is it linked to biodiversity action in the private sector in Europe and the Nordics? What is the role of financial institutions in protecting biodiversity? 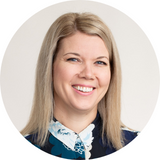 After the mixed results of the UN Climate Conference COP27 in Sharm-el-Sheikh, the attention of the global sustainability community is now turning towards the UN Biodiversity Conference (COP15) in Montreal.

The protection of natural resources, species and ecosystems is just as important as the climate crisis, yet the discussion of biodiversity loss is lagging a number of years behind in terms of public awareness and policymaking. In the scientific community, it is widely accepted that the loss of nature and biodiversity poses a threat to humanity equally severe as that of climate change.

Humanity has eradicated more than two-thirds of all wildlife on earth, according to the WWF Living Planet Reports. We are at a crossroads in our history: the global community needs to decide on how to manage the world’s natural assets in a way that will still allow future generations to thrive. The protection of species and ecosystems needs to be treated with the same sense of urgency as the climate crisis and it should be stressed that we cannot stop the climate crisis in the absence of nature.

Heading for a new biodiversity agreement

In 2011, the UN Convention for Biodiversity set 20 targets for the protection of our natural heritage. Unfortunately, none of these so-called ‘Aichi Targets’ were achieved within the set time frame, by the end of 2020. According to IPBES, only six of the objectives were partially achieved. The other 14, such as eliminating subsidies that drive biodiversity loss and halving the rate at which natural habitats are being lost, have been completely missed. Overall, the world has fallen far short of the biodiversity targets. 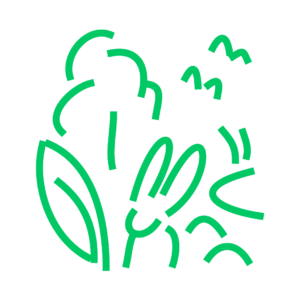 Now, after pandemic-related delays, negotiations are finally underway on a new agreement. We should all keep an eye on this year’s conference, as the results of the negotiations will define a decade of biodiversity conservation and restoration. There are high hopes that an agreement on the so-called global post-2020 Biodiversity Framework will be reached. The outcome of the UN Convention could provide for biodiversity what the Paris Agreement did for climate change and set hard targets for preserving nature.

The EU is setting the bar high at the UN Summit

The proposed Nature Restoration Law is intended to protect Europe’s nature and repair the 80% of European habitats that are currently in poor condition. The aim is for at least 20% of the EU’s land and sea areas to be covered by nature restoration measures by 2030.

This proposal is the EU’s key contribution to the ongoing negotiations on a post-2020 Global Biodiversity Framework to be adopted at the UN Biodiversity Summit. The EU is aiming to set the bar high for global action.

Financial institutions will play an important role in directing capital flows towards biodiversity- and nature-positive investments.

Give us targets – nature will not wait

In contrast to past UN sessions, the new global biodiversity framework will put increased focus on private sector commitments. The current draft biodiversity framework has 21 targets. One of the targets sets reporting obligations for all businesses. Adopting this target into the final declaration will be an important signal to the private sector of the need to start reporting on its impacts and dependency on nature.

We can already see how the private sector responds by adapting frameworks originally intended for assessing and managing climate-related risks. Some of the developed frameworks include the following: 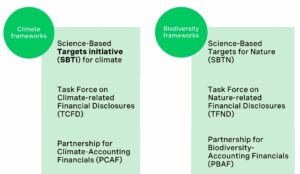 Many private sector actors are ready. A considerable number of companies are already acting on biodiversity by taking the first steps in assessing their corporate impacts and dependencies on nature. At Nefco, we are ready to introduce further biodiversity commitments when it comes to providing financing for these companies. A clear signal from the Biodiversity Summit will help us to take further action.

However, we also acknowledge that the biodiversity crisis is complex and hard to capture in numbers when compared to setting carbon emission targets. In that context, decisions made on what to measure and how will be critical to setting unified, comparable and effective corporate biodiversity targets.

Financial institutions will play an important role in directing capital flows towards biodiversity- and nature-positive investments. To support this process in the Nordics and beyond, Nefco’s ambition is to provide examples of best practice and prepare our clients for these rapidly developing policy changes. Therefore, we have established our Biodiversity Pilot Programme.

Nefco works with innovative Nordic small and medium-sized companies, which are the backbone of the Nordic economy. We believe that our work will accelerate biodiversity action. Over the course of the next year, we will support our clients and participants of the Biodiversity Pilot Programme in building sufficient capacity to better address the biodiversity crisis and manage nature-related risks. By assessing their impacts and dependencies on nature, our clients will be able to take the first steps in strengthening their biodiversity management and take action.

At the same time, at Nefco, we will strengthen our own biodiversity and nature governance to maximise our nature-positive impact. As a small and green financier, our approach is to start working with biodiversity management rather than wait for established methodologies. There is no time to lose, and we must all take action. Concrete steps, even small ones, are valuable in this process.