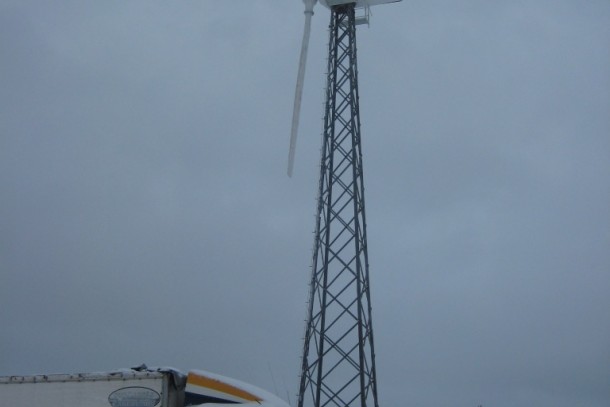 A windmill, with a generating capacity of 90 kW, was installed in the village of Dolgoschelye in the northern part of the Arkhangelsk region of Russia in November. The windmill was purchased, transported and installed with the help of a loan disbursed from NEFCO’s facility for energy saving credits.

The sole source of power for this village, of slightly over 700 inhabitants, which depends on small scale fishing for its livelihood, has been four diesel generators, which require 240-250 tonnes of fuel at an annual cost of some EUR 120,000.

“This windmill will enable the local community to reduce its dependence on diesel fuel and provide clean energy for the village’s school, kindergarten, library and health centre, to mention a few examples. The project has, in other words, been both environmentally and socially beneficial, says NEFCO’s Senior Manager, Elisabet Paulig-Tönnes.

Measurements on wind conditions were carried out at the nearby Abramovsky Mayak meteorological station.

“We hope that this investment will stimulate similar clean energy projects in other remote municipalities in the Arkhangelsk region”, says Anna Kulikovskaya, an energy engineer with the Arkhangelsk Oblast Energy Efficicency Center.

The Dolgoschelye windmill project will reduce the release of carbon dioxide by some 204 tonnes per year.