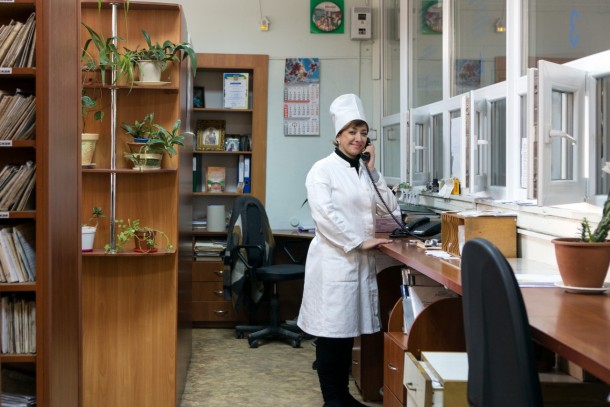 We are met by a fan from a dignified and bygone era in the entrance to the hospital. Neatly dressed ladies in chic headgear serve a steady stream of patients and their families who are visiting the Kherson City Clinical Hospital in south-eastern Ukraine.

The healthcare system in Kherson serves almost 338,000 people who can choose from 27 different healthcare centres and medical units. One of the biggest and oldest units in the region is Kherson City Clinical Hospital, which employs nearly 1,500 people. The hospital’s surgeons perform more than 6,000 operations annually and around 1,600 babies are born in the maternity ward every year. In other words, it is full steam ahead in the corridors of the hospital. In 2008, the hospital was named as a “Baby friendly hospital” in connection with an evaluation conducted by UNICEF. 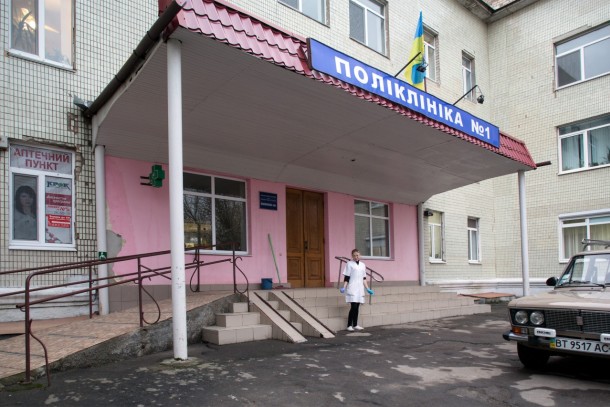 “Due to the conflict in eastern Ukraine, we are receiving an increasing number of domestic refugees who need care and assistance,” says Leonid Ramyha, Chief of Hospital, when we meet him for a brief interview. According to the city’s own estimates, there are around 1,500 people classified as internally displaced people in Kherson. More than a third of them are children. In the last two years, the hospital has cared for patients from Donetsk, Luhansk and the Crimean peninsula. 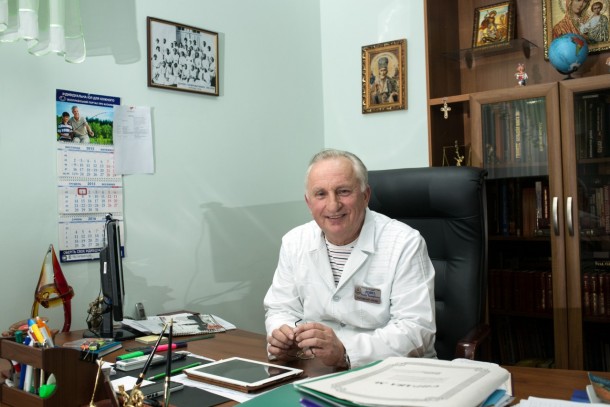 Leonid Ramyha has been the Chief of Hospital for 20 years and knows the hospital like the back of his hand. His white coat is precisely ironed and his posture indicates his status. His office walls are covered in diplomas and awards, and a portrait of his family takes pride of place on his desk. A glass display case contains a range of shiny cups and medals.

“We have been struggling for a long time with problems that cause issues with our heating here at the hospital. Most recently in November 2014, we experienced a substantial and serious interruption to the distribution of heating, which resulted in patients lying in ice-cold rooms shivering while we worked frantically to solve the issue,” Leonid Ramyha explains. 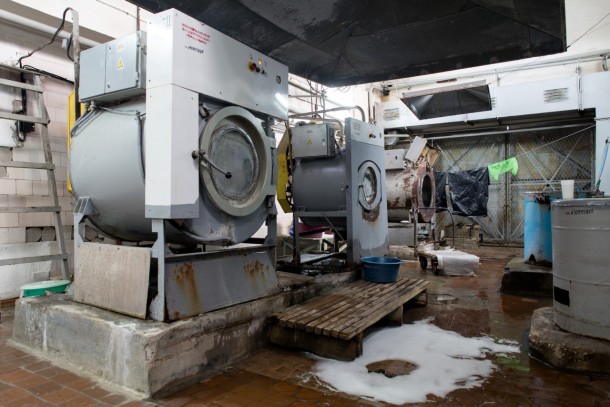 The first thing the city did was to install new radiators in each ward, which resolved some of the issues. However, despite this there remain a lot of challenges. The hospital is dependent on a district heating plant located 3.5 kilometres away from the hospital buildings. The district heating pipes are in poor condition and vulnerable to external influences. Some of the pipes were installed before World War II and there have been no major repairs carried out for over 30 years.

The pipes spring leaks at regular intervals and heating leaks are commonplace. And once the heat actually reaches the hospital, the poor pressure is insufficient to guarantee the heating the hospital needs. But help is on the way. NEFCO signed an agreement with the city of Kherson last year to upgrade the hospital’s heating supply. The project will be funded by the Nordic Energy Efficiency and Humanitarian Support Initiative for Ukraine. The programme receives financial backing from the Nordic countries and is just part of the ongoing work to support vulnerable Ukrainian municipalities that have been affected negatively by the current troubles and the war in the east of the country. 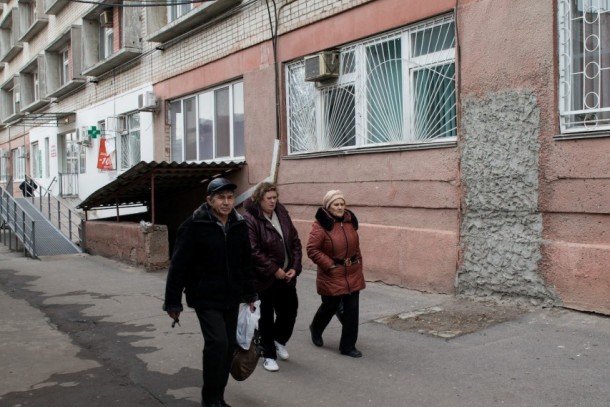 Plans are now being drawn up to refurbish the hospital’s district heating plant, to insulate the walls, windows and doors, and to establish individual heating sub-stations. In addition to this, they will also install a new electric steam generator and develop a system that utilises waste heat and steam generated by the hospital’s laundry.

The project is expected to reduce the hospital’s annual gas and electricity consumption creating savings by a total of EUR 128,000, and it will also generate environmental benefits through a reduction in emissions of carbon dioxide and nitrogen oxides.

“There are huge financial savings to be made from targeted investments in energy efficiency in Ukraine. There is a strong political will in Kherson to invest in this project, which bodes well for future investments,” says Amund Beitnes, the Senior Investment Manager responsible for the project at NEFCO.

“The budget and funds being freed up thanks to this project can instead be used for the purchase of medicines or be invested in new technical equipment that we require for our daily work. This is a very welcome addition to the coffers, which will take a significant strain off our tough financial situation,” says Leonid Ramyha. 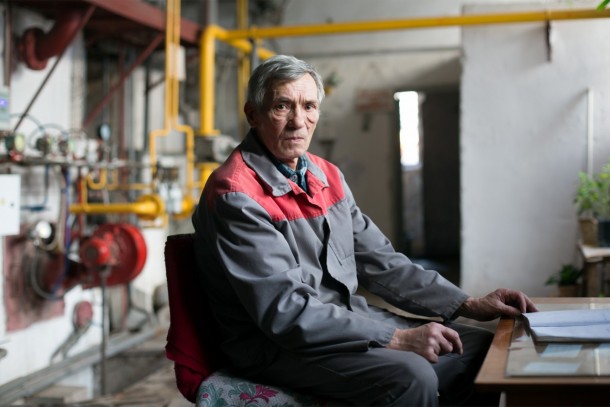