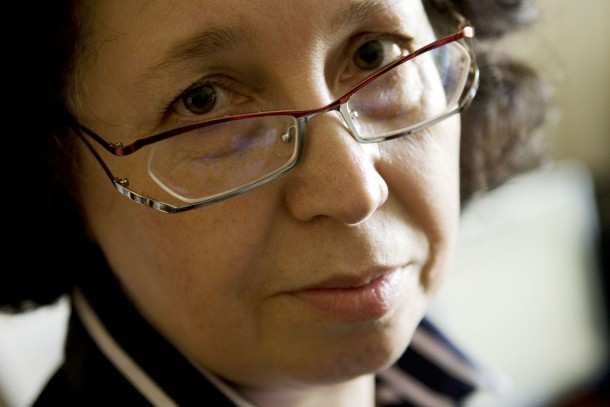 Embraced by the Gulf of Finland, Kronstadt bathes in sunlight. Several kilometres away, its cathedral is dimly silhouetted against the horizon.

As a navy base, it has always occupied a militarily strategic position at the mouth of the Neva River, but now that the new ring road links the island of Kotlin to the Karelian isthmus, Kronstadt has opened up for the public at large. The southern leg of the road is still awaiting completion. With a population of close to 43,000, Kronstadt gives the impression of a well-faring town.

We are visiting Kronstadt to take at look at a wastewater plant that is part of an extensive project which will be financed by Vodokanal of St. Petersburg,NEFCO, the Northern Dimension Environmental Partnership (NDEP), and the Finnish Ministry of the Environment. A total of ten minor treatment plants in St. Petersburg will be upgraded during the course of the project,which will also involve the procurement of equipment required for chemical phosphorus removal.

“We’ve already started chemical phosphorus removal on a small scale at this plant, but as you see, part of the technology is outdated. We have to upgrade the technology to be able to process wastewater more efficiently than today. Among other things, it means that we will build new aeration tanks and install new compressors,” says Olga Lominoga, Vodokanal’s site manager in Kronstadt.

All in all, the investment will affect close to 410,000 people whose sewage water currently by-passes the plants now to be modernized. It is a question of processing a total of 175,000 cubic metres of wastewater on a daily basis. The project is expected to reduce emission of eutrophicating phosphorus by around 40 tonnes per year, which is equivalent to unprocessed wastewater produced by over 53,000 people.

Today, Vodokanal treats nearly 92 per cent of all wastewater generated by St. Petersburg. When the northern collector and treatment plant go on stream next year, the share of processed wastewater will reach 95 per cent.

“It’s a major step forward since the 1970s when practically all wastewater from St. Petersburg went into the Gulf of Finland unprocessed. Simultaneously with untreated wastewater discharges closure, we have to solve thequestion of increasing the efficiency of wastewater treatment. It’s here that the smaller wastewater plants play an important part,” says Dmitry A. Karlik, Vodokanal’s Director for Development Projects.

The financing plan for the project was drafted already 18 months ago. Now the efforts to secure funding also seem to be coming into fruition. The project’s objective is to meet the recommendations issued by the Baltic Marine Environment Protection Commission HELCOM specifying that the amount of phosphorus should not exceed 0.5 milligram per litre of sewage water.

“We’ll upgrade seven small treatment plants and close down three others that will instead be connected to the northern sewage plant. The project will take one to two years, and once the modernisations are completed I hope that we’ll be able to scratch St. Petersburg from HELCOM’s list list of cities with so-called “hot spots” – the biggest sources of eutrophicating emissions,”adds Karlik.

Vodokanal of St. Petersburg is an environmental success story in Russia. Its executive management has made determined efforts and strategic investments to improve the efficiency of the city’s wastewater treatment processes and to engage local and foreign financiers in related projects for over two decades.

“We have together with the consultancy company LLC Ecovod and NEFCO organized seminars and training programmes for the personnel of other wastewater companies to share their experiences and help colleagues in other regions to improve their sewage treatment performance. One of the issues discussed at these seminars is how investment projects can be implemented with NEFCO’s support,” concludes Karlik.