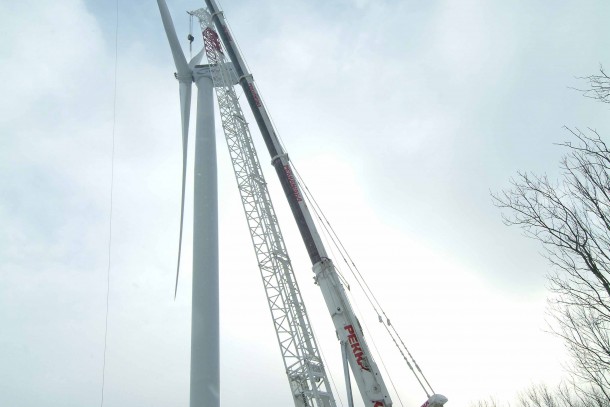 The wind farm project in Viru Nigula, on the north coast of Estonia, provides electricity for some 6,000 Estonian households. The wind power replaces the use of oil shale, which is the most important source of energy in Estonia. The project is expected to reduce carbon dioxide emissions by some 380,000 tonnes by 2012. NEFCO is buying the Emission Reduction Units from this project together with the Swedish Energy Agency (STEM).

The Lithuanian JI project turns landfill gas collected from the Lapes landfill into heat and electricity for the nearby city of Kaunas. The project mitigates global climate change in two ways: firstly by trapping methane that would otherwise be released into the atmosphere at the landfill, and secondly by displacing fossil fuel-based heat and power generation and avoiding associated carbon dioxide emissions. In total, the Lapes project is expected to reduce greenhouse gas emissions by some 150,000 tonnes of carbon dioxide equivalent during the five-year period 2008-2012. The combined heat and power plant was inaugurated in October 2008.

“We are pleased to finally secure the registration of these environmentally beneficial, sustainable energy projects, both of which NEFCO has supported through its longstanding relationships with the respective project developers”, says Ash Sharma, Head of Carbon Finance and Funds at NEFCO.

NEFCO buys ERUs from JI projects via its carbon fund, the Baltic Sea Region Testing Ground Facility (TGF). TGF investors include the Nordic States and Germany as well as several Nordic and German companies who can use ERUs to comply with emission targets under the Kyoto Protocol and the EU Emissions Trading Scheme.

The TGF has been active in the JI market since 2004, with an emphasis on Russian Federation, the Baltic countries and since 2006, Ukraine. Its focus has been renewable energy and energy efficiency. The 35-million euro facility has now ceased its active procurement and it is now in the portfolio management phase. NEFCO also manages the global 100-million euro NEFCO Carbon Fund (NeCF).