The water is flowing in Novoshichi 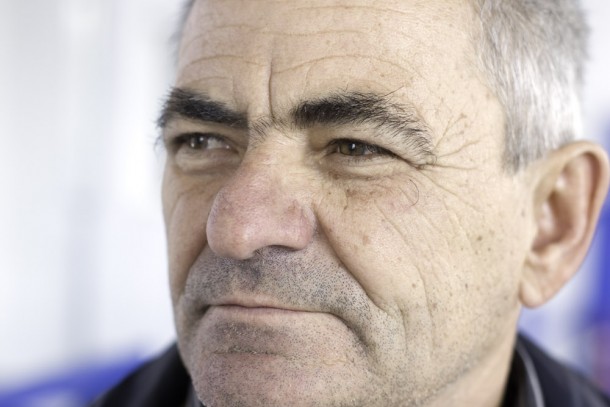 Some 500 small-scale hydroelectric plants are waiting to be refurbished in Ukraine. The plant in Novoshichi has recently been upgraded with the help of NEFCO’s loan financing.

The approach to the hydroelectric power plant in Novoshichi in western Ukraine leads to an idyllic dam that is reminiscent of a campsite for holidaymakers and swimmers. The environment has a calm and lazy summery feel even though it is late autumn. In this harmonious environment, the company LLC Energiya-1 has invested in upgrading and modernising a small-scale hydroelectric power plant that is over 60 years old. NEFCO has financed the project with a loan from the Facility for Cleaner Production.

“We have installed new generators and turbines, cast new concrete structures, improved the efficiency of the water intake and rebuilt the whole of the control room,” explains Foider Mykhailo, Director of the hydroelectric power plant.

Much of the technology was purchased from the Czech company Mavel, which has supplied the turbines that were installed in Novoshichi. When we visit the hydroelectric power plant at the end of October, only one generator is operating due to the prolonged drought that has drained the water flow in Bystrytsia River. But during rainy periods and when the water level permits, all three generators operate at high pressure.

“The expected annual production of the plant is 842,000 kilowatt-hours of electricity. When all three generators are operating, the power plant produces approximately 120 kilowatt,” says Operator Volodymyr Furdyn.

The upgrade of the power plant has been well received by the villagers in Novoshichi. The newly established recreation area by the power plant has attracted tourists and new visitors, creating income and jobs for the local population. The restored dam and stocking of fish fry have also received praise.

“We plan to invest in other comparable projects in western Ukraine and are currently looking for similar investment objects in the region,” discloses Director Foider Mykhailo at LLC Energiya-1.

The project in Novoshichi is expected to reduce carbon dioxide emissions by almost 640 tonnes per year. Ukraine currently supports production of renewable energy and hydroelectric power by 8 euro cents per kilowatthour. It is unclear, however, how the political support for guaranteed prices and subsidies will develop, which leads to some uncertainty in the calculations that the electricity companies have to take into consideration.

NEFCO has much experience of smallscale hydroelectric power in Latvia and Lithuania, where the corporation was previously a partner in the company UAB Baltic Hydroenergy. In Russian Karelia, NEFCO has been involved in feasibility studies that have examined the possibilities of upgrading hydroelectric power plants in the region.

“We are currently looking at a number of project enquiries based on equivalent projects elsewhere in Ukraine. There is great potential to expand local self-sufficiency in energy by investing in small-scale hydroelectric power since much of the infrastructure already exists,” says Senior Vice President Torben Vindeløv at NEFCO.