The city of Lviv invests in energy efficiency 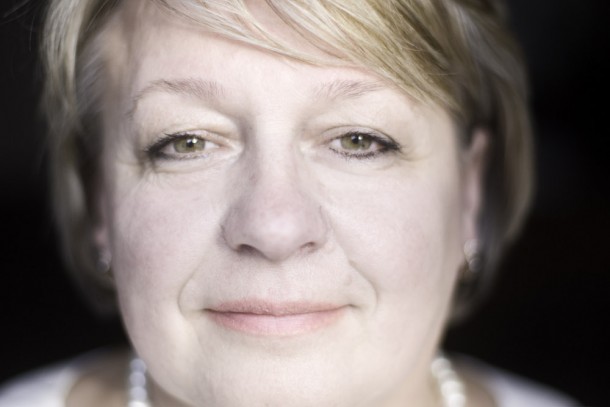 The City of Lviv is co-operating with financial institutions to boost energy efficiency and save money. Some 550 municipally owned buildings are waiting to be refurbished.

Lviv’s city hall in all its glory dates from the 1380s. The current building was constructed in the beginning of the 19th century during the epoch when Lviv was part of Austria-Hungary and went under the German name Lemberg. There are swarms of people around the main entrance, as musicians, jugglers, acrobats and jacks of all trades flock around the city hall, which is still the heart of the vibrant city centre.

Head of Department Iryna Kulynych is responsible for the city’s energy efficiency improvement programme. Iryna gives an energetic impression when we meet her at the city hall. An assortment of roof ridges with towers and pinnacles in the old town can be seen behind the curtains in her office. “Our energy resources are not limitless. If we can succeed in reducing our energy consumption, it will give us the freedom to use the money for lots of other important things here in Lviv,” says Iryna Kulynych.

The city has already managed to save money through energy efficiency improvements. Iryna Kulynych shows us some statistics and points to a row of bars and diagrams that illustrate that the City of Lviv has managed to save UAH 307,000 during the period January- September 2013 as a result of all the energy projects started over the years. “Why should we wilfully and knowingly pour our money into Gazprom’s coffers if we have better uses for the money ourselves,” asks Iryna Kulynych rhetorically.

NEFCO has supported ambitious energy programmes through, among other things, institutional support in the form of training for the city’s workers. Lviv has measured the city’s energy consumption systematically since 2005, and its focus is on renovating approx. 550 buildings owned by the city. “We are working together with IFC, the European Bank for Reconstruction and Development (EBRD) and USAID to carry out several public-private partnerships aimed at energy efficiency improvements,” explains Iryna Kulynych.

EBRD and the city are running a joint project aimed at reducing the electricity used by the city’s trams and trolleybuses. The city is also implementing projects aimed at improving the efficiency of the district heating systems. NEFCO has done its bit by granting a loan from its Facility for Energy Saving Credits for the renovation of day nurseries, schools and a paediatric clinic in Lviv.

“Most of the work is about replacing windows, improving heat insulation, upgrading radiators and fitting them with thermostats, or replacing the heat exchangers in the buildings that are covered by the projects,” explains Technical Adviser Andriy Katashov at NEFCO.

Day nursery Lubistok on the outskirts of Lviv is one of the buildings that has benefited from the project. The day nursery takes just under 200 children and, if the polite greetings, beaming smiles and children’s straight backs are anything to go by, the children are very well behaved, at least for the short time that we as outsiders visit the day nursery. The building underwent a thorough renovation in the summer and autumn of 2013, and it is now equipped for the winter, which can be quite cold at times in Lviv.

“We expect to be able to reduce the energy consumption of the day nursery by approx. 13 per cent as a result of the investments that have been made,” explains the city’s energy expert Nazar Gorodenchuk. “At least two of the rooms in the day nursery previously suffered from low temperatures of 16–17 degrees Celsius, but we hardly need to shiver in such conditions any longer this winter,” says the Head of the day nursery, Dumich Galyna.

The city has also invested in the corresponding measures in school number 84, where the windows, heat exchanger and doors have been replaced. The Head of the school, Julia Kharchenko, confirms that they too have had problems of low indoor temperatures and draughty windows. “But we’ll be seeing some changes around here now,” she says with a reassuring smile as she gets out the coffee and biscuits in her office. The school has more than 560 pupils who study everything from physics and geography to English and Chinese. The problems of climate change and energy consumption are dealt with for the first time in the geography lessons for pupils aged 9–10 years.

“Now we can exemplify and bring the lessons to life with the help of our own little project,” says Julia Kharchenko.