The Beyond the Grid Fund for Africa’s (BGFA) job creation and skills programme in Uganda has been announced today in Kampala as its own sub-programme under the Uganda country programme. It is targeted at energy service providers supporting the creation of local jobs and, in particular, women’s participation in the country’s off-grid energy sector.

Increasing employment and skills in the off-grid sector in the country is a key priority of BGFA’s expansion in Uganda. When Denmark joined as a contributor to BGFA in December 2020, an initial request was made by Denmark to assess the opportunities for increasing job creation in Uganda within the context of the BGFA programme. A scoping study for off-grid electricity and clean cooking solutions was commissioned by Nefco, and Oxford Policy Management was engaged to carry out the study between November 2020 and February 2021. The study looked into ways to support the job creation and skills development needs in the Ugandan off-grid energy sector and how BGFA could contribute and increase participation by women. As a result, it was recommended that a separate sub-programme be designed.

“With this investment in skills and jobs, we want to support Uganda’s ambition of becoming a middle-income country. Solar energy not only is a green energy source with the potential to expand access to electricity to rural households but also has the potential to create new jobs. Systems need marketing, installation and service. With the right skills in place, the green transition can create thousands of new jobs, and with our support to the BGFA programme we are taking important first steps,” said Signe Winding Albjerg, Denmark’s Ambassador to Uganda, in her opening remarks at the launch event in Kampala.

The job creation and skills development sub-programme will develop the participants’ technical skills, in installation, operation (mini-grids) and maintenance; sales and business skills, such as the ability to access finance in the area of solar home systems and mini-grids; and include separate training within all the above areas.

As the Fund Manager of the BGFA programme, Nefco has contracted the Renewables Academy (RENAC) to develop and organise the sub-programme and arrange training courses together with their partners INENSUS, Uganda Solar Energy Association (USEA), and Association of Sendea Members Uganda. The courses are primarily targeted at the energy service providers contracted under the Uganda Call for Proposals (BGFA3).

“We are very happy to announce our cooperation with RENAC to support job creation within the off-grid energy sector, with strong focus on increasing women’s participation. Furthermore, we are proud to be able to provide this additional skills development support from the start to our first contracted and selected energy service providers in Uganda,” says Ash Sharma, Head of Beyond the Grid Fund for Africa at Nefco.

RENAC will carry out a needs assessment based on detailed consultations with the contracted energy service providers as well as with a wider audience of important stakeholders in the Ugandan solar industry to assess and specify their training needs. It is expected that the first courses will be arranged in 2023 and that the programme will provide training for up to 300 people. The sub-programme forms part of the activities financed by Denmark and Sweden in Uganda.

The Beyond the Grid Fund for Africa has contracted its first two projects in Uganda, with a total of 13 projects so far from its first funding round in Burkina Faso, Liberia and Zambia (BGFA1), and its third funding round in Uganda (BGFA3). The overall programme aim is to support the establishment of 1.44 million energy connections as a result of four announced funding rounds so far, which will benefit 6.5 million people in Sub-Saharan Africa.

Read more about the study and its outcome:

The Beyond the Grid Fund for Africa (BGFA) is a multi-donor facility established and managed by Nefco – the Nordic Green Bank. Nefco is an international financial institution based in Helsinki, Finland, focusing on environmental and climate investments and fund management. The BGFA programme is implemented by Nefco supported by its two project implementation partners. NIRAS is a development and engineering consultancy company headquartered in Denmark with offices in over 25 countries across Europe, Africa, South Asia and Latin America. The Renewable Energy and Energy Efficiency Partnership (REEEP), an international multilateral partnership based in Vienna, Austria, works to accelerate market-based deployment of renewable energy and energy-efficiency solutions in developing countries.

The current EUR 127 million BGFA programme was established in 2019 on Sweden’s initiative through the Swedish International Development Cooperation Agency (Sida). It has since been developed by Nefco into a multi-donor programme. Sweden contributes SEK 835 million (EUR 80 million) from the Swedish embassies in all BGFA project countries. Denmark, through the Ministry of Foreign Affairs contributes DKK 117.5 million (EUR 15.8 million) to support the programme in Uganda. Germany, through its development bank KfW, is supporting the BGFA country programme in Zambia by providing EUR 7.5 million. Norway, through Norwegian Agency for Development Cooperation Norad, contributes NOK 200 million (EUR 19 million). 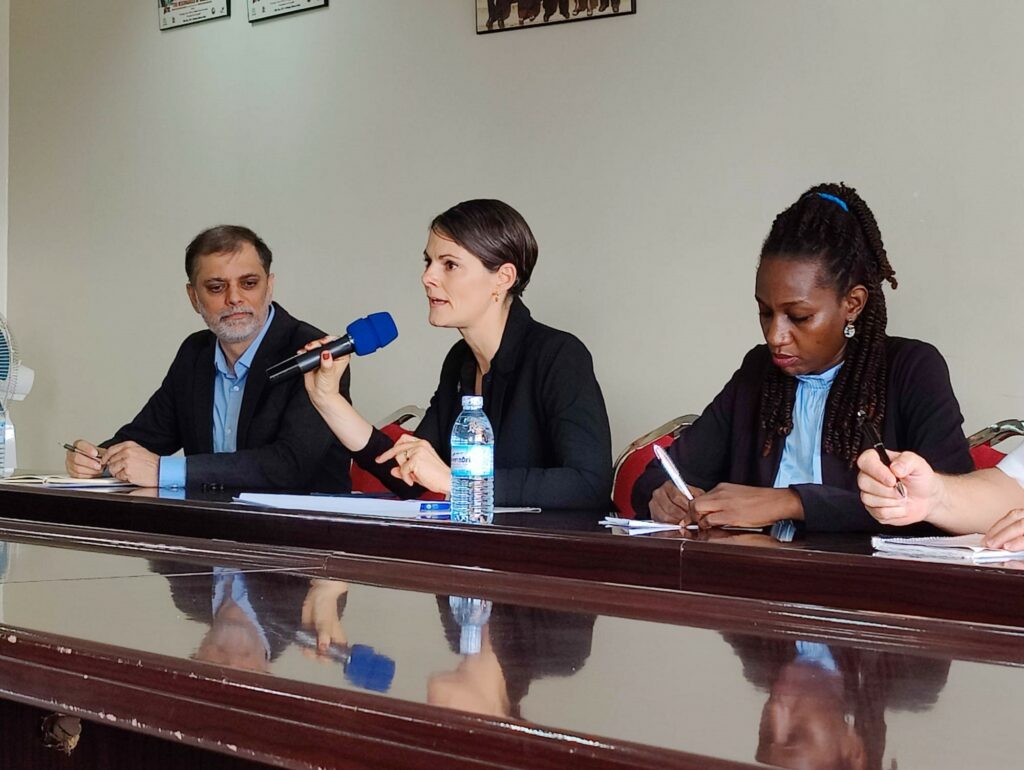