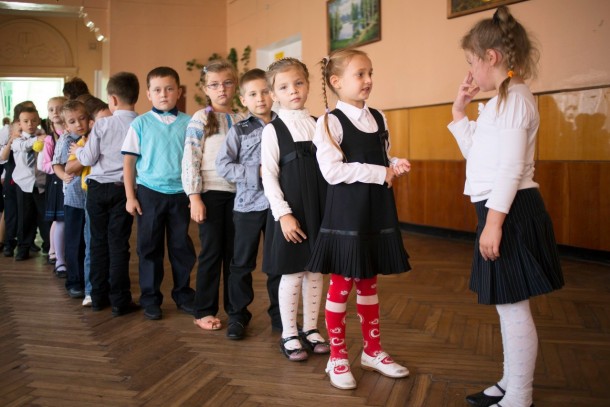 NEFCO has signed grant agreements with the cities of Druzhkivka, Pershotravensk and Svatove for energy-efficiency measures in public buildings. The projects will be financed by the Nordic Energy Efficiency and Humanitarian Support Initiative for Ukraine (NIU). A total of EUR 1.3 million has been granted to the cities.

In the city of Druzhkivka, schools No. 6 and No. 8 will be modernised, and both the facades and the roofs will get new insulation, and the doors and windows will be replaced. Furthermore, the internal lighting will be updated, and incandescent lights will be replaced with new LED lights.

In Svatove, three day-care centres will get thermal refurbishments, including the heating systems, as well as replacement doors and windows, and ventilation systems with heat recovery will be installed. The old street lights will be replaced with LED lights.

“We are very pleased to be able to contribute to a better learning environment and indoor climate for the children in these three cities by supporting the planned implementations and refurbishments in seven schools,” says Julia Shevchuk, Chief Investment Adviser at NEFCO’s office in Kiev.

NEFCO has financed 25 projects in 20 cities since the establishment of the NIU funding programme. In total, EUR 12 million has been approved for financing. Through its other loan programmes, NEFCO has also invested in a wide range of municipal energy-efficiency projects, and it is currently financing over 130 projects in the country.

In 2014, the Nordic Foreign Ministers at the Nordic Council session in Stockholm decided to contribute to the reconstruction of municipal infrastructure in the affected areas in Ukraine by establishing a new loan programme focusing on refurbishment and reconstruction of public buildings in Eastern and Southern Ukraine.