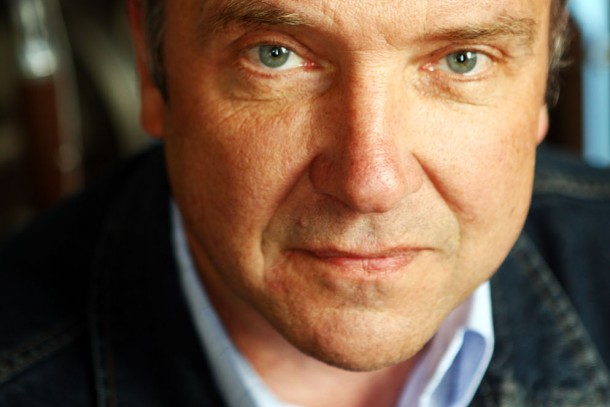 Factories and mills are usually associated with greasy overalls and clattering machinery. This is not the case at the Lithuanian spinning mill Litspin Ltd in Raseinai. Although the Finnish expression “quiet as a felt slipper factory” does not quite describe the noise level, it is definitely not ear-splitting.

We are instead met by fragrant bales of sheep’s wool, spinning yarn and mill workers who are keeping the wheels of production in motion without a lot of fuss.

Litspin produces yarn for blankets, carpets and rugs or various types of fabrics. Only five per cent is sold in balls for crocheting or knitting. The majority of the yarn produced in Raseinai is exported, and the major customers are in Europe.

“We buy sheep’s wool from Ireland, Scotland, New Zealand, Australia or the Nordic countries. It takes about five hours to transform a bale of wool into yarn and it’s mainly the carding that takes the time. We have a total of six production lines and each line can turn out close to 90 kilos of yarn per hour. We work in two shifts so there’s quite a bit of yarn at the end of the day,” says production manager Kęstutis Žilinskas at Litspin.

NEFCO has granted a loan of EUR 193,100 for the project from the fund for cleaner production, which includes modernization of the mill’s ventilation and heating systems. The new boiler enabled conversion from heavy heating oil to renewable fuels such as wood chips and pellets. In addition, all fluorescent tubes in the mill have been replaced with low energy variants. Combined, these measures have reduced the mill’s carbon dioxide emissions by about 220 tonnes per year. Thanks to reduced consumption of electricity, the company is saving all of EUR 68,000 annually, which releases capital for repayment of the loan.

“This project is a successful example of the type of investments we are making within the lending programme for cleaner production. Most important for us at NEFCO is that the project is financially tenable and that we can verify the emission reductions resulting from our investment,” explains investment manager Maria Maliniemi at NEFCO.

“Although we no longer grant soft credits for corresponding projects in the Baltic States, our previous projects in the region serve as important references when we consider similar investments in Russia and Ukraine,” Maliniemi adds.

NEFCO can finance up to 90 percent, or a maximum of EUR 350,000, of the investment costs in similar projects for reductions of industrial emissions. Demand for NEFCO credits from the fund for cleaner production has increased during the present recession.