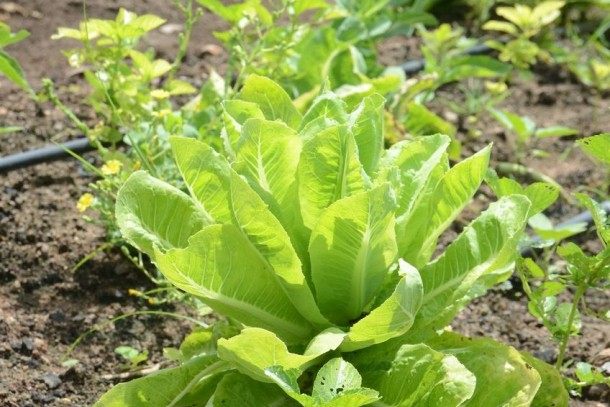 The Nordic Climate Facility has provided funding for solar powered irrigation to women farmers in Benin, West Africa. The irrigation project, which is benefiting eight female farming associations in Kalalé municipality, in the north of the country, provides solar powered drip irrigation to vegetable gardens managed by the women.

With drip irrigation, farmers can achieve higher yields with less water and labour, but there are challenges when it comes to arid regions, particularly during the dry season. Although the Benin gardening scheme is located in such an arid area, the project has managed to boost food production and income for the families of the women involved in the venture. The farmers are expected to generate enough income to purchase fertilizers, pesticides, farming tools and also pay for the fees needed to operate the gardens. This guarantees financial sustainability for the project in the long run.

“These gardens, which are mostly operated by women, will provide better nutrition and income for over 2,000 beneficiaries” says Maija Saijonmaa, a Project Manager at NEFCO, who paid an evaluation trip to the project site in May this year.

According to Saijonmaa, the farming associations have already started to collect the weekly fees for operating and maintaining the gardens. During the early phase of the first gardening season, a weekly fee of around one dollar per farmer is collected.

The gardening project is in line with Benin’s adaptation to climate change programme. Called the National Adaptation Program of Action (NAPA), the programme has identified the conservation of surface water in vulnerable villages and the promotion of renewable energy as key variables.

The Nordic Climate Facility is a funding instrument, which is financed by the Nordic Development Fund (NDF) and administered by NEFCO.

Watch our slideshow about the project

Learn more about the project in Benin

Note to Editors: The Benin project has been co-financed, among others, by Solar Electric Light Fund (SELF), Exxon Mobile Corp, and the African Development Foundation. The project is powered by Nordic technology provided by Naps Systems Oy, together with local partners; Association for Economics, Social and Cultural Development of Kalalé (ADESCA-ONG) and International Crops Research Institute for Semi-Arid Tropics (ICRISAT).