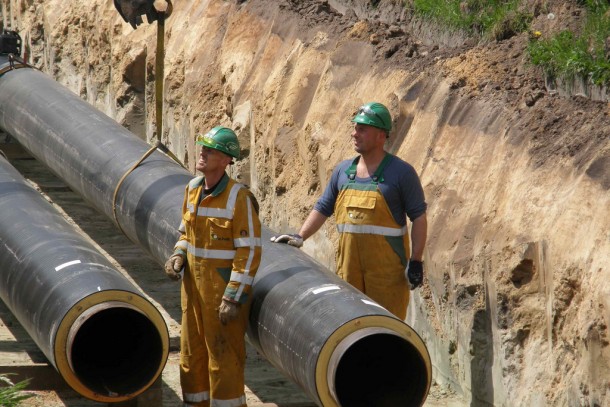 The Swedish International Development Agency (Sida) has, through the Embassy of Sweden, allocated SEK 40 million to NEFCO to facilitate municipal energy saving investments in Ukraine.

The allocated funds will be channelled through the DemoUkrainaDH programme, which is jointly managed by NEFCO and the Ukrainian Ministry for Regional Development, Construction, Housing and Municipal Economy.

DemoUkrainaDH began operations in January last year, and has so far initiated ten demonstration projects in the country, which will be jointly financed by Sida, concerned municipalities and NEFCO through loan financing. The current allocation from Sida will be used for projects in cities with a minimum of 100,000 inhabitants. The broad environmental objective of the investment programme is to reduce energy consumption by at least 30 per cent, and realise some financial savings for the participating municipalities.

“One of the main goals of the current Swedish strategy for development cooperation with Ukraine is a healthier environment, particularly through improvements in energy efficiency. The results of projects supported by DemoUkrainaDH are core contributors towards meeting this strategic goal, which will benefit both the environment and the Ukrainian people. Improved energy efficiency is also high on the EU-Ukraine reform agenda”, says Ebba Aurell, Program Manager for Reform Cooperation at the Swedish Embassy in Kyiv.

The projects financed from the Sida allocation will mainly focus on demand-side measures and the introduction of energy saving technology, which is rarely used in Ukraine. In practice, the measures include construction of individual heat sub-stations with the capacity to regulate and measure heat consumption.

The DemoUkrainaDH programme is also keen on financing modernisation of boilers and the replacement of outdated district heating pipes with new pre-insulated ones as well as technically shifting from the so called “four-pipe” to the “two-pipe” systems to optimise energy efficiency. Another key feature of the programme is to give priority to technical applications with the potential to simultaneously generate heat and electricity or utilise renewable energy sources such as wood chips or pellets.

“We warmly welcome Sida’s decision to expand its support. The DemoUkrainaDH programme has been well received by its potential beneficiaries, and has already received more than 30 funding applications from which ten have been approved for further processing”, says NEFCO’s Senior Adviser, Johan Willert.

“The DemoUkrainaDH programme will not only be a way of demonstrating the best Nordic technology for district heating, but will also provide valuable experience to the cities and utilities involved in the programme about international project implementation with financing agencies and donors. The programme can thus function as a catalyst for future investment programs needed to modernise Ukrainian district heating systems”, he adds

The expanded DemoUkrainaDH investments are expected to generate many substantial environmental benefits, such as reductions of carbon dioxide, sulphur and nitrogen oxides emissions. Compared to other countries with a similar socio-economic background, Ukraine is proportionally spending more on energy in general, and district heating in particular, and the payoff will be realised in the form of improved energy efficiency levels, which will generate short-term positive effects for the country’s economy.

Ukraine has set an ambitious goal to increase the share of energy produced from renewable energy sources to 20% by 2020, a process that will further reduce emissions, and contribute to a more environmentally sustainable national energy sector.