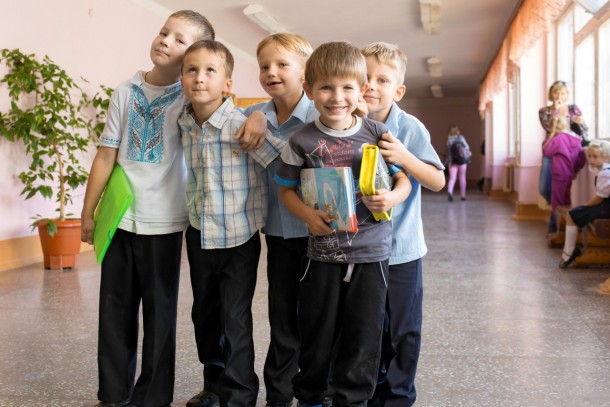 NEFCO has signed two new grant agreements aimed at financing energy efficiency measures in the Ukrainian cities of Druzhkivka and Melitopol in eastern Ukraine. The funding is provided from the Nordic energy efficiency and humanitarian support initiative (NIU) that was established by the Nordic countries last year.

The purpose of the fund, which is administered by NEFCO, is to finance upgrades of the municipal infrastructure in areas that have been badly affected by the armed conflict in Eastern and Southern Ukraine. Approximately 1.5 million internally displaced people have been forced to leave their homes as a result of the armed conflict in Ukraine. The situation places a burden on a number of cities that need help upgrading day-care centres, health centres and schools to accommodate new inhabitants.

In practice, NEFCO provides grants to municipalities that in turn invest the funds in upgraded individual heating substations, new windows and doors, better insulation and improved lighting in municipally owned buildings. In some cases the fund has provided grants for the construction of new energy-efficient school buildings to prepare the way for internally displaced children.

Over 4,500 children at day-care centres and almost 9,000 school pupils have so far benefited from this humanitarian programme, which is financed by the Nordic countries. The programme also entails environmental benefits as reduced electricity consumption generates decreased emissions of carbon dioxide, as well as nitrogen and sulphur oxides. The investments have reduced electricity consumption by 2,814 megawatt-hours and managed to cut the consumption of thermal energy by over 6,742 gigacalories.

NEFCO provides loan, equity and grant financing for climate projects in Ukraine and is currently managing over 120 projects in the country. In addition to energy efficiency projects, NEFCO has also financed investments in small scale hydropower, biofuel and biomass projects in Ukraine. The Nordic countries have financed energy-efficiency measures in 14 cities affected by the conflict in eastern and southern Ukraine.

On Wednesday NEFCO hosted a side event on energy efficiency investments in Ukraine in conjunction with the international climate conference COP21 in Paris. The side event, which took place at the Nordic Pavilion, included presentations from the Ukrainian government, the Swedish International Development Cooperation Agency (Sida) and the European Bank for Reconstruction and Development (EBRD).