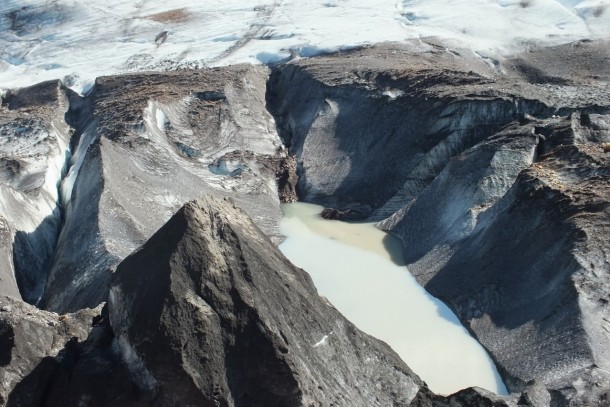 The Arctic Council Project Support Instrument (PSI) has approved two major projects aimed at reducing the release of short-lived climate pollutants (SLCP), such as black carbon, methane and hydrofluorocarbons, from the oil and gas, and fisheries sectors in the Russian Arctic.

One of the approved projects will address flaring from associated petroleum gas (APG) and demonstrate the use of best available techniques to reduce SLCP from APG flaring on the remote Yamal peninsula and the Salym-Shapsha field. The oil and gas industry is responsible for much of the soot (‘black carbon’) and methane emissions in the Arctic that lead to environmental deterioration and climate pollution. The annual emissions of black carbon and methane in the Russian Arctic zone are estimated at 150,000 tonnes for 2016, equivalent to emissions of 12-70 million tonnes of CO2. More than 80 per cent of the total emissions in Russia, above the latitude of 65◦N, originate from APG flaring. Of about 3 billion cubic metres that APG flared in 2016, roughly half had soot emissions. By 2020, APG production in the Russian Arctic zone may have increased 15-fold, which, in the case of flaring, would put substantial pressure on the environment. The PSI-approved project will address effective measures to mitigate methane emissions and eliminate soot emissions in the Russian Arctic zone.

The second project will help phase out fluorinated greenhouse gases (HFCs) and ozone-depleting substances (ODS) at a fish and seafood processing plant in the Murmansk area.

The project will introduce environmentally friendly alternatives in the refrigeration and air-conditioning sector and strengthen the capacity of enterprises involved in the repair and after-sales service of equipment in the sector. The intervention is expected to mitigate about 400,000 tonnes of CO2 emissions per year.

“We are delighted with the work of the Arctic Council and the cooperation extended through its actions to help implement the Paris Agreement on climate change and the Montreal Protocol regarding phasing out ODS and HFCs. The financial assistance provided by the PSI will allow us to address pollution mitigation in two key sectors in the Russian Arctic zone, and it provides timely impetus to the goals set out by the Finnish Chairmanship of the Arctic Council,” says Husamuddin Ahmadzai, Special Adviser at NEFCO.

The Finnish Chairmanship of the Arctic Council in 2017–2019 emphasises the implementation of the Paris Agreement on climate change and the UN Sustainable Development Goals in Arctic cooperation.

The Arctic Council PSI is a voluntary, non-exclusive mechanism that can use a broad range of funding arrangements, including grants and revolving instruments. The PSI is administered by NEFCO, and the fund provides financing for priority pollution-mitigation projects approved by the Arctic Council. The PSI is governed by a PSI Committee, which is composed of representatives of the contributors, currently from Finland, Iceland, NEFCO, Norway, the Russian Federation, the Saami Council, Sweden and the United States.