Nordic financing gives a boost to clean energy in Ukraine 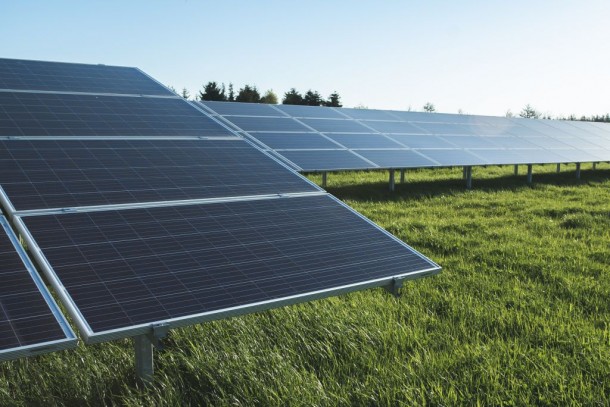 A new solar power park is being installed in the southern part of Zhytomir Oblast, east of Berdychiv in central Ukraine. The Danish company Better Energy A/S, the Danish Sustainable Development Goals Investment Fund (IFU) and NEFCO are co-financing the second phase of the construction of the 19 MW solar park that will produce green electricity for the Ukrainian grid. The first phase of the project started in June and the aim is to get operations up and running by the end of December.

The total investment in the construction is EUR 19 million of which NEFCO is financing about 32 per cent in the form of loans. Better Energy and IFU are contributing the remainder as owners of the park. The solar plant is expected to produce 20,000 MWh of green electricity per year, reducing the CO2 emissions originating from electricity production in Ukraine by approx. 16,500 tonnes annually.

Bo Nyhus, Senior Investment Manager, appreciates the experience of Better Energy in financing and constructing solar plants. “This is likely the first solar power investment in Ukraine for which 100 per cent of the funding comes from the Nordic countries. The project is proceeding as planned and will give a boost to the implementation of clean energy in Ukraine.”

Better Energy is an independent solar power producer involved in developing and constructing solar parks in Denmark, the Netherlands, Poland, Sweden and Ukraine. The company has established over 160 MWp in solar power capacity and currently has over 3,500 hectares under development. In 2017, Better Energy completed the third largest solar park in Denmark in Western Jutland and delivered more than 85 per cent of Denmark’s large-scale solar projects.

In 2014, Ukraine set a target for 11 per cent of its energy to come from renewable sources by 2020, and several investments in the field of renewable energy are currently being initiated in the country. Key areas of renewable energy sources in Ukraine are wind, solar, hydro and biomass.

This is NEFCO’s second solar energy project being implemented in Ukraine this year and the first with 100 per cent Nordic financing. NEFCO has financed several other renewable energy and energy-efficiency projects in the country over the years. The current project portfolio in Ukraine comprises 140 projects at various stages.