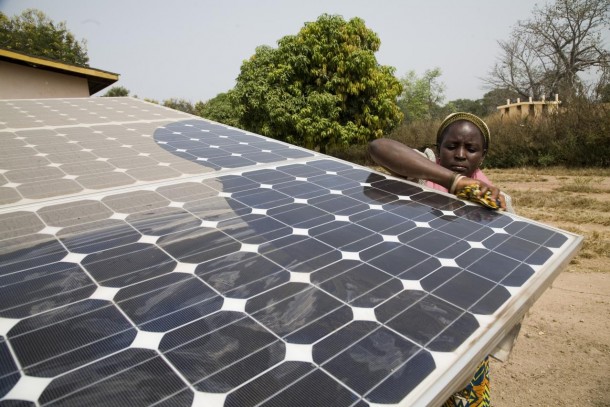 A project financed by the Nordic Climate Facility has resulted in nine investments in renewable energy in Uganda. The projects have been rolled out by the Renewable Energy business Incubator (REBi) in Uganda.

REBi functions as a bridge between students, businesses and the government for implementing sustainable projects within the renewable energy sector in the country.

At a side event at COP21 in Paris, which focused on climate financing, Dr. Julius Butime, the project manager of REBi presented the results of the project Sustainable renewable energy businesses, which has been implemented between 2011 and 2014. The project resulted in nine local projects within hydropower, biogas, solar and biomass. Six of these projects established their own businesses as a result and are now supplying electricity.

REBi is a project under the department of electrical and computer engineering at the Makerere University in Kampala, but currently in the transition phase to become autonomous. It gives both technical and financial guidance to the companies included in its network. Currently REBi is employing five people, who are both assisting the projects to become established businesses and seeking funding for the continuity of the organisation. At the moment REBi is looking for alternative business models to develop the concept and being able to provide the companies with more funding, for example through equity investments. REBi is also being consulted by the Ministry of Finance, as the government is setting up a national incubator programme for Uganda, as it is the first incubator organisation in Eastern Africa.

“Previously, many ideas stayed at the faculties and did not reach the market,” explains Julius Butime, who is keen on pointing out that the intellectual property rights belong to the students and the entrepreneurs. This innovative concept that REBi has developed is becoming a good example of replicable projects to help mitigate the climate change.

At the side event, other project developers also presented NCF projects that had been implemented together with the lessons learned. It was concluded that good local partners are critical for being able to implement climate projects. Donor funding provides the possibility to develop and test a business idea and at the same time gives a structure and timeline to the project developer. Strict reporting requirements can actually support project development, notes Dr. Butime. The event was jointly organised by NEFCO and the Nordic Development Fund.