Nikel – the mother of all Barents hot spots 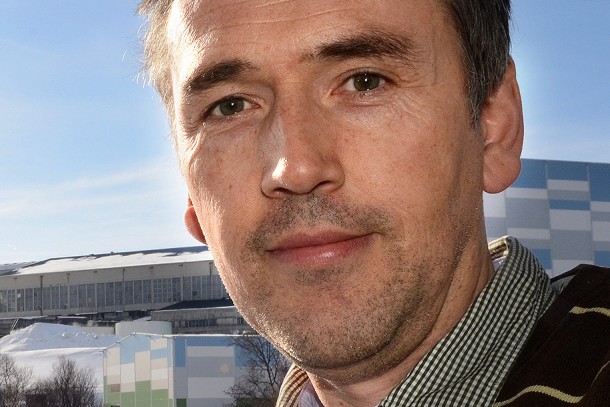 The Russian industrial giant Norilsk Nickel is a world-leading producer of metals needed for the development of clean energy technologies and renewable energy sources. So why hasn’t the company, after 20 years of negotiations with its Nordic neighbors, improved its environmental image by solving the large-scale emissions from its smelter in Nikel?

At the public press conference held by the Foreign Ministers following the signing of the Kirkenes Declaration establishing the Barents Cooperation in 1993, more than half of the hall was occupied by members of the environmental ad-hoc group ‘Stop the Death Clouds’ who showered the ministers with probing questions. At the same time, people with banners outside the Foreign Ministers’ hotel in Kirkenes town square were protesting against the large-scale sulphur-dioxide emissions from the smelter in the Russian town of Nikel on the Kola Peninsula. The smelter is located a few kilometers from the Norwegian border and is considered to be one of the worst hot spots of environmental problems in the entire Barents Region. Although this ad-hoc environmental group had thousands of supporters and managed to put the Nikel problem on the national agendas of both the Nordic countries and Russia, sadly they didn’t manage to solve the pollution issue itself.

Since then, the pollution of sulphur dioxide and heavy metals from Nikel has been at the top of the environmental agenda of the Barents Cooperation. Norway granted NOK 300 million in the early 1990s to help reduce the emissions. In 2003, a list of environmental hot spots in the Russian part of the Barents Region was defined by NEFCO and the
Arctic Monitoring and Assessment Programme (AMAP). Nikel is one of the most severe spots on the list and can still get financial loans and support from Nordic financial mechanisms to solve the problems there.

Unlike in the early 1990s when Norilsk Nickel was a Soviet state-owned company, the key to clean technology in the production of metals is not financial grants from friendly Nordic neighbors. Today, Norilsk Nickel is one of the most profitable non-petroleum companies in Russia. Its 2010 revenue was USD 15 billion. In October this year, the company
presented a strategy development program that aims to boost net revenue to USD 30 billion; net income to USD 10 billion; and market value to a range of USD 140 billion to USD 250 billion by 2025.

To put this into some kind of perspective, the Board of Directors in Norilsk Nickel can meet in downtown Moscow tomorrow morning and decide to invest in clean smelting technology at its plant in Nikel. For the shareholders, such investment is pocket money – the profits from a few weeks’production should more than cover the costs.

It is interesting to note that Norilsk Nickel’s skyrocketing profits are partly driven by the world’s increasing demand for environmental friendly technology. Nickel is a key metal in batteries for non-emission vehicles while platinum, palladium and copper are widely used in catalytic converters. If Norilsk Nickel plays its cards right, the company can easily
change its image from being the worst-on-dirt to becoming a world leading supplier of metals for environmental technology produced with best available smelting processes.

Disagreements on environmental investments have impacted Norilsk Nickel’s shares before. In 2008, Russian billionaire Mikhail Prokhorov sold his 25% stake in Norilsk Nickel and invested the proceeds in the development of nanotechnology, LED lamps and electric cars. Hopefully, today’s shareholders in the company will see the market
trends and modernize its smelters in Nikel and Monchegorsk on the Kola Peninsula. In doing so, they will grow into a leading environmental friendly mining and metallurgical lighthouse for the up-coming natural resources investment boom in the Barents Region.