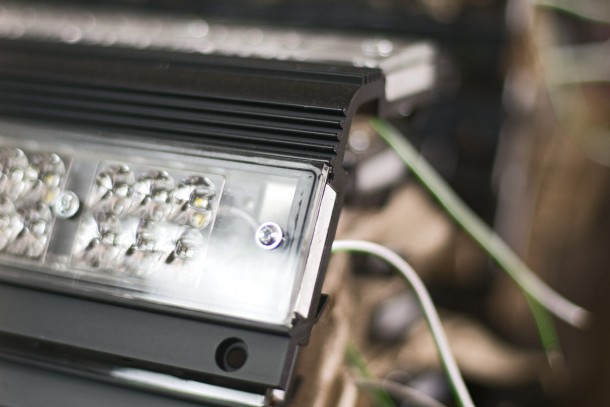 Apart from installing new street lamps, the project measures include replacement of cables and overhead lines as well as the installation of new poles and brackets.

These measures are expected to reduce electricity consumption by approximately 322,000 kWh per year. In economic terms, this means an annual saving of over UAH 387,000. The new lights will generate environmental benefits in terms of a reduction of over 258 tonnes annually in carbon dioxide emissions, as well as reduced emissions of nitrogen oxides, sulphur dioxide and dust.

“We hope to be able to finance several similar projects elsewhere in Ukraine this year. Replacing street lights with funding from NEFCO has proven to be a good way of picking low hanging fruits in the municipal attempts of cutting energy consumption and saving funds,” says Chief Investment Adviser Julia Shevchuk at NEFCO’s office in Kiev.

The project in Severodonetsk will be financed by NEFCO’s Facility for Energy Saving Credits, which is a loan programme that provides funds to finance energy-saving measures in municipally-owned buildings such as schools, day-care centres, hospitals and sports facilities. The facility currently only provides loans to Russian and Ukrainian local authorities and publicly-owned companies.

Under the terms of the facility, NEFCO can finance, in local currency, up to 90 per cent or EUR 400,000 of the investment costs of any project being financed under the credit programme.

Find Severodonetsk on the map

Watch a video about a similar investment in Zhytomyr