New splash of green on the Ukrainian colour palette 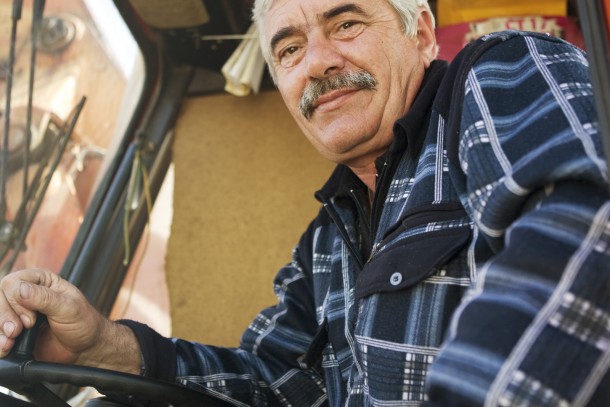 Pavel Kurochka’s handshake is firm. The straight back and posture are testimony to a seafaring past in the navy. Today, Managing Director Pavel Kurochka’s eyes are instead watching over a cargo vessel on the Black Sea that will soon deliver raw materials for his new employer, Eskaro, which manufactures water-borne paint for the East European markets.

The company has four factories which manufacture paints in Finland, Estonia, Russia and Belarus. Total annual production is around 25,000 tonnes. Now Eskaro has set its sights on expansion on the Ukrainian market, where it is building a new factory in the port city of Odessa in Southwest Ukraine.

”We already have a seven per cent market share in Ukraine. Locating production here in Odessa means that we can cut transport costs and customs duties, as well as speed up deliveries to our Ukrainian customers. We reckon that perhaps within five years, we can capture around 20 per cent of the Ukrainian paint market,” says Pavel Kurochka.

NEFCO is helping to finance the new factory and project with a loan of EUR 2.2 million. The project’s other backers are Swedfund and Eskaro’s parent company, Eskaro Group Ab. The total investment is around EUR 6.7 million.

The new factory is being built on the outskirts of Odessa. Ground preparation was in full swing when we visited the site at the end of April. The actual landmark and foundation stone are still missing, but the sign with the project’s name and financiers has already been put up at the main entrance to the site where the factory will be built. The muffled noise of the motorway to Kiev could be heard in the background when we visited the site. The infrastructure and good connections contributed to the factory’s location.

Imports of raw materials will most take place via the vibrant Port of Odessa. Transport of end-products can be by road via the motorway that links Odessa with other cities in Ukraine. Thanks to a reduced need to transport Eskaro’s products from Belarus and Russia, the new factory will cut the need for long-haul transport by around 230,000 kilometres a year. This translates into an annual reduction of around 800 tonnes in carbon dioxide emissions.

A visit to an ironmongery on the outskirts of Odessa shows why it is a lucrative idea to increase paint production in Ukraine. Huge industrial halls with kilometre-long aisles filled with cans of paint and interior design accessories attract affluent consumers from near and far. Similar shopping centres are springing up like mushrooms after the rain and demand for DIY services (do-it-yourself) is currently showing steady growth in Ukraine. A study of the statistics for paint consumption in Eastern Europe definitely shows growth potential. In Finland, consumption is around 21 litres a year per capita, whereas the corresponding figure for Estonia is 8 litres and for Ukraine 3 litres.

”We will focus on the manufacture of water solvent paints and a closed cycle for production. To put it plainly, this means that production will not result in the release of any environmentally harmful emissions to the surrounding watercourses,” says Pavel Kurochka.

One of the advantages of manufacturing water-borne paints is that it eliminates emissions volatile organic compounds (VOC) which are released from oil-based paints. Certain VOC released in vapour from paints can cause cancer. VOC also contributes to the formation of ground-levelozone, which in turn can damage plant growth. It is estimated the project in Odessa will indirectly reduce VOC emissions by around 870 tonnes a year.

Eskaro has operated a Sustainability Program for a number of years. Among other things, the Program focuses on rational use of resources, investments in modern environmental technology, minimising hazardous waste and certification of Eskaro’s products. Eskaro is the only company in the Baltic States to have been certified with the EU’s Ecolabel, a flower logo.

Pavel Kurochka points at one of the posters near the road leading to the building work and says that a start has already been made on marketing the new factory and Eskaro’s paints. The campaign will be stepped up in various stages during the course of the year.

”Slowly but surely, the cleantech concept has beached also here in Ukraine. In pace with the demand for environmentally-friendlier products, it will also be easier for us as a company to profile ourselves. We will highlight that we can offer Ukrainian customers an environmentally-aware alternative when we formulate our marketing campaign,” says Kurochka.