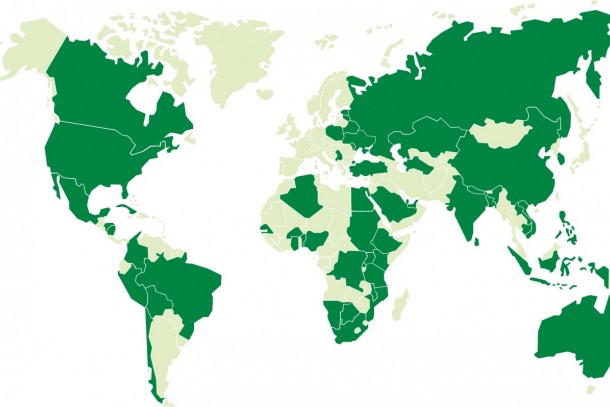 The new agreement on NEFCO’s mandate that was signed by all five Nordic countries on 14 December 2016 enters into force today. At the same time, the Corporation’s amended statutes are officially adopted.

The new agreement opens the possibility for NEFCO to geographically broaden its investment activities and to approve projects also outside Eastern Europe. The Corporation’s trust funds, including climate projects and support for Nordic SMEs, have until now been the only financing instruments operating with a global scope.

The Corporation will now be able to explore new ground by providing loan capital and equity for relevant green growth investments of interest to the owner countries: Denmark, Finland, Iceland, Norway and Sweden. The focus of NEFCO’s investment activities will, however, continue to be on Eastern Europe.

NEFCO’s investment activities target small and medium-sized projects and the immediate effect of the change will be increased synergies between the Corporation’s investment projects and the support to Nordic small and medium-sized companies for their internationalisation. Since 2014, NEFCO has supported 250 Nordic SMEs in 38 countries through the Nordic Project Fund. The new mandate will enable NEFCO to provide loan financing to these companies for the further development of business operations in the project countries.

The Corporation administers funds to a total value of approx. EUR 470 million. In 2016, 144 new projects were approved and NEFCO contributed to the reduction of direct carbon dioxide emissions by 5.1 million tonnes.

NEFCO has financed projects in over 60 countries since its inception in 1990. The geographic focus for the Corporation remains in Eastern Europe, with most of the business operations taking place in Armenia, Belarus, Estonia, Georgia, Latvia, Lithuania, Moldova, Poland, Russia and Ukraine.