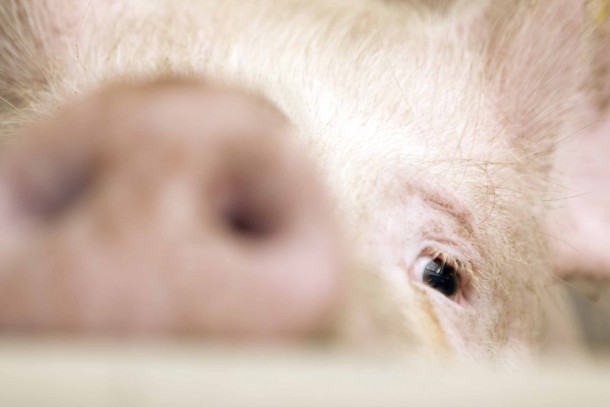 NEFCO and the Danish agricultural company DanFarm have signed a loan agreement to finance the installation of energy efficient equipment and technologies to reduce carbon dioxide emissions at a pig farm in northern Ukraine. NEFCO will provide EUR 2 million from its Investment Fund for modernising and expanding the farm.

Danfarm Ukraine is a pig production unit located some 100 kilometres south of Kiev in the town of Khalcha. The farm produces and sells slaughter pigs and weaners on 3,000 hectares of farmland. The current capacity of the farm is 15,000 piglets that have been weaned from their mothers and 30,000 pigs for slaughter. In the future, the farm will specialize in the production of weaners and, when fully modernized and expanded, the output is expected to be approx. 85,000 pigs per year.

The company has decided to invest in the modernization of the existing facilities and increased production, which will be achieved by applying energy efficient technologies and expanding the production capacity of the farm. This will reduce the carbon dioxide emissions by approx. 500 tonnes per year. It will also result in a reduction of black carbon, as less heavy crude oil and diesel will be consumed when the machinery has been modernised and the heating system changed to gas-fuelled heating.

“As an agricultural company, it is only natural that we are strongly committed to constantly working for gradual improvements in the way we affect the environment. The energy efficiency improvements that we are implementing on the farm are not only environmentally reasonable but also economically beneficial, since they reduce our operational costs. I’m convinced that our colleagues in the sector will be inspired to do the same,” says CEO Morten Sørensen at Danfarm Ukraine.

The improvements will include installing a total of 2,900 energy efficient LED bulbs as well as a new ventilation system that will reduce electricity consumption. A bigger silo at the farm will reduce the need to transport crops. The Investment Fund for Developing Countries (IFU) will finance the other part of the investment, which is close to EUR 4 million in total.

“This can be considered a pioneering project on the way energy efficient technology can be applied to agricultural enterprises in Ukraine,” says Senior Investment Manager Bo Nyhus from NEFCO.

Danfarm was established by two Danish farmers back in 2004, and it was acquired by a group of investors and private Danish farmers in 2006 for the purpose of turning it into a profitable pig production unit. The present owners have also drawn up expansion plans for several other farms throughout Ukraine.

Find Khalcha on the map