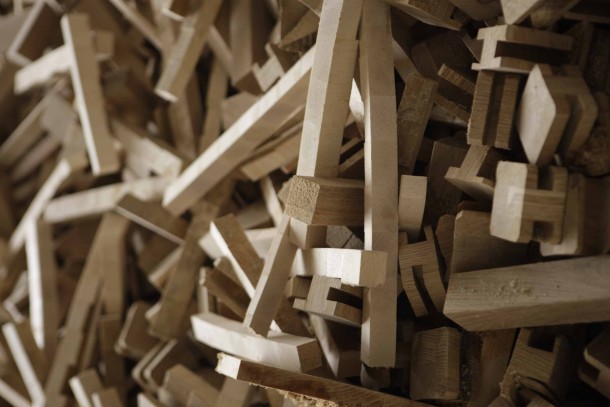 NEFCO and the Danish company CIO have signed a loan agreement on modernising the production processes at CIO’s factory in Velykiy Berezniy, western Ukraine. CIO produces FSC-certified ladders, trapdoors and a wide range of elements for furniture. A substantial proportion of the company’s products are sold to the EU.

NEFCO’s loan will be used to upgrade the production process to make use of the wood waste generated for so-called finger joint products. These measures will minimise the volumes of wood waste considerably. A new so-called finger joint line will supplement the existing production lines at the factory. This will enable CIO to utilise smaller pieces of wood, which hitherto were discarded, to increase the production and consume less energy, and thus boost the company’s profits. CIO is expected to save some EUR 36,000 per year as a result of the investment when the new production lines are up and running.

In terms of environmental benefits, the project is expected to reduce emissions of carbon dioxide by some 290 tonnes per year. Emissions of sulphur oxides, nitrogen oxides and dust will also decrease as a result of the investment.

The project will be financed with a loan from NEFCO’s Facility for Cleaner Production. The Facility was established in 1997 to promote technological investments in industrial projects in order to curb emissions of harmful substances into the environment. The facility can finance up to EUR 350,000 or 90 per cent of the investment cost for such projects in the form of loans on favourable terms. Currently, the Facility for Cleaner Production has some 62 new projects under funding consideration.

Read our brochure on the Facility for Cleaner Production