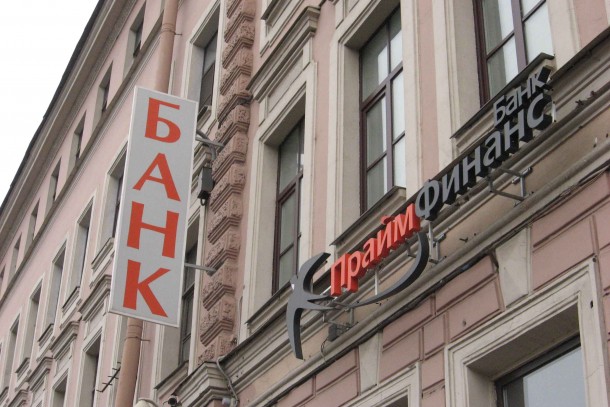 Currently Russia uses twice as much energy in one administrative district as all of the Nordic countries do. High energy consumption levels are particularly common in the industrial sector where equipment is often at least 25 years old.

To combat this problem,NEFCO has established an environmental fund, which is to be managed by Prime Finance Bank, operating in St. Petersburg and the Leningrad region. This is not the first time that NEFCO has embarked on financing environmental banking. The corporation has, for example, worked with Bank Lviv in Ukraine, and gained valuable experience in the process.

Although the tumultuous 90’s and the recent financial crisis have rattled the financial credibility of many Russian banks, the small, conservative and cautious Prime Finance Bank has managed to maintain a solid financial reputation. According to Ulf Bojö, Senior Investment Manager at NEFCO, Prime Finance Bank is the epitome of responsible risk taking.

The Prime Finance Bank has already taken the first crucial steps to acquaint itself with the philosophy and practicalities of environmental banking by participating in an educational programme Finance Corporation. The programme is specially designed for Russian banks
that want to finance energy related investments within the Russian industry.

According to Mr. Bojö, there are several advantages in working directly with the Prime Finance Bank. First, NEFCO will benefit from the bank’s existing, extensive network of clients and partners. For its part, Prime Finance Bank will gain valuable experience on environmental banking. Together the two financial organizations will create synergies which will result in efficient labour and costs inputs.

During the course of the project, Prime Finance Bank will regularly report back to NEFCO about the progress of each business operation.The total cost of the project is EUR 2.2 million and NEFCO will contribute EUR 1 million. Other partners involved in the project are the Danish and Finnish governments and the Global Environment Facility, which is administered by the World Bank.

The overall aim of this project is to promote energy efficiency in St. Petersburg and the Leningrad region, and the environmental fund is therefore open to all Nordic organizations, which currently have a presence in the region. The first projects financed by NEFCO and Prime Finance Bank are expected to be launched during the first half of 2011.