NEFCO teams up with Raiffeisen Bank in Russia 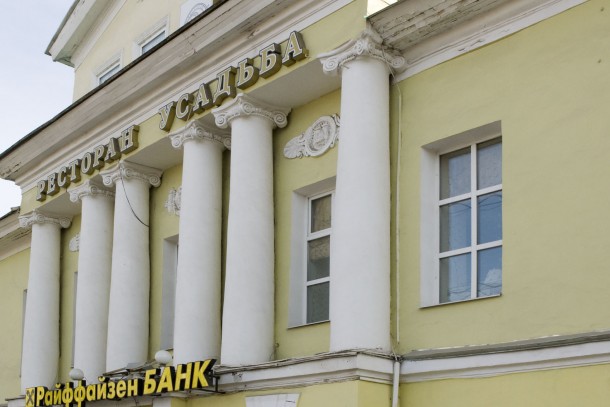 Under the terms of the agreement, Raiffeisen will operate as NEFCO’s intermediary bank in Russia and will disburse funds earmarked for energy saving projects, which will be carried out by the country’s municipalities.

Raiffeisen Bank International (RBI) is Eastern Europe’s third-biggest bank with 188 offices in Russia. Earlier this summer, the bank announced that it was expanding its investment bank unit in Russia to tap into the country’s growing economy.

NEFCO’s Facility for Energy Saving Credits is a loan programme, which provides small scale loans, primarily to finance energy saving measures in municipally owned buildings such as schools, day care centres, hospitals and sports facilities. The energy saving measures can, for instance, include refurbishment of heat sub-centrals, installation of thermostatic valves and insulation of windows and doors.

Loans can also be granted for the replacement of mercury-vapour street lamps with energy saving ones. In exceptional cases small scale wind mills can also be financed by the facility. At present the facility only provides loans to Russian and Ukrainian municipalities and municipal companies.

The main objective of the facility is to promote emissions reductions via reduced energy consumption, and the environmental monitoring is mainly focused on the release of carbon dioxide, nitrogen and sulphur oxides as well as volatile organic compounds.

Under the terms of the facility, NEFCO may finance, in local currency, up to 90 per cent of the investment costs of any project being financed under the credit programme. In Russia, the maximum loan amount granted under the facility is RUB 9.5 million.

The repayment of the loan is directly linked to the savings of the investment with a maximum repayment period of 5 years. The Nordic Environment Development Fund (NMF) has funds in excess of EUR 60 million and has, since its inception, approved over 200 projects. Out of these 200 projects some 50 loan agreements were approved for financing energy saving measures in Russian municipalities.

The framework agreement between NEFCO and Raiffeisen Bank does not prevent any other credit organisation from participating in similar projects with co-financing and neither does it prevent other financial institutions from offering their services to NEFCO.

Read our brochure on the Facility for Energy Saving Credits

Read a case study from Olenegorsk