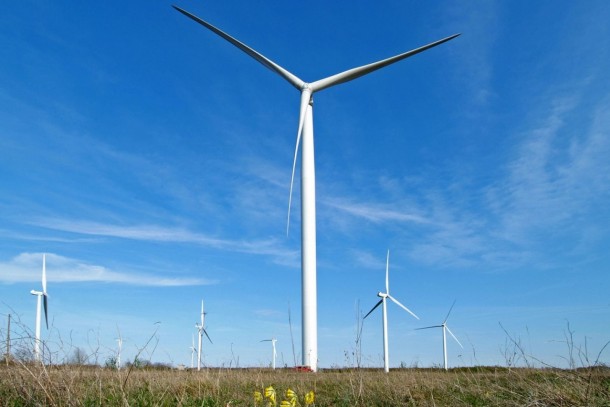 The Nordic Environment Finance Corporation (NEFCO) is co-financing the construction of the largest wind power plant to date in Ukraine. The 250 MW wind farm will be built in Kherson Oblast in south Ukraine. The project is co-owned by the Norwegian windfarm developer NBT AS and French renewable energy Independent Power Producer (“IPP”) Total Eren S.A.

The project contributes to Ukraine’s targets to secure its energy supply while at the same time reducing CO2 emissions, and it has received support at a high political level. Ukraine aims to source 11 per cent of its energy need from renewable sources by 2020, and several investments in the field of renewable energy are currently being initiated in the country.

The initiative for the project came from the Norwegian company NBT, which has previously invested in windfarms in China. “NEFCO’s Nordic ownership, expedient approval process and experience of operating in Ukraine have added significant value and enabled us to get larger stakeholders such as Total Eren and EBRD on board,” said Thorstein Jenssen of NBT.

A local project company, SyvashEnergoprom LLC, co-owned by NBT and Total Eren, will construct and run the windfarm. Together with NEFCO, the other financiers of the first phase are the European Bank of Reconstruction and Development (EBRD), the Green for Growth Fund (GGF) and the Netherlands Development Finance Company (FMO). The initial phase of 133 MW for which financing was agreed this week is expected to enter into production by the end of 2019 and will ensure emission reductions of about 265,000 tonnes CO2 per annum. Once fully completed, the windfarm will have installed capacity of 250 MW.

In addition to the owners’ equity investment, the loan financing at this stage is EUR 155 million. EBRD together with GGF and FMO contributes a EUR 150 million loan and NEFCO a EUR 5 million loan.

This is the second wind power project in Ukraine that NEFCO is co-financing. NEFCO has financed several other renewable energy and energy-efficiency projects in the country in recent years. The current project portfolio in Ukraine comprises 140 projects at various stages.

NBT AS is an independent Norwegian wind farm developer based in Oslo. It was established in 2004 with the aim to develop wind and other renewable energy projects in emerging markets. Read more at www.nbtas.no

Founded in 2012 by Pâris Mouratoglou and David Corchia, Total Eren has built up a substantial and diversified portfolio of wind, solar and hydroelectric assets representing an installed gross capacity of more than 1,300 MW in operation or under construction worldwide. Through partnerships with local developers, Total Eren is currently developing numerous energy projects in countries and regions where renewable energy represents an economically viable response to growing energy demand, such as in Asia-Pacific, Africa and Latin America. Its objective is to achieve a global net installed capacity of more than 3 GW by 2022. On 1 December 2017, Total S.A, the major energy company, acquired an indirect 23% interest in Total Eren. Read more at www.total-eren.com.

The European Bank of Reconstruction and Development (EBRD) is a multilateral bank that promotes the development of the private sector and entrepreneurial initiative in 38 economies across three continents. The bank is owned by 66 countries as well as the EU and the EIB. EBRD investments are aimed at making the economies in its regions competitive, inclusive, well-governed, green, resilient and integrated. Read more at www.ebrd.com