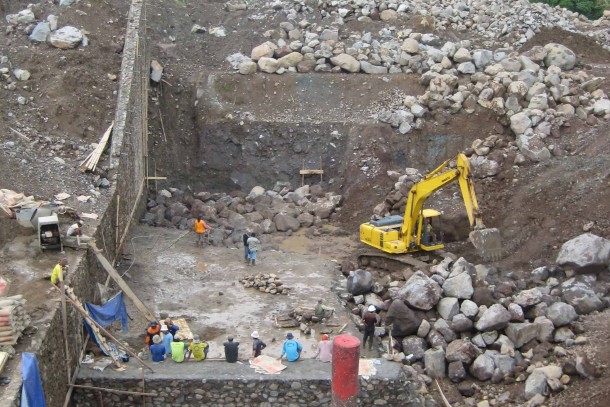 The hydro project is located in the Bengkulu province on the Sumatran island of Indonesia. PT Mega Power Mandiri is a subsidiary of the Bukaka Group.

The objective of the project is to generate power from a hydro plant constructed in Lebong at the Ketaun river on South-Western Sumatra in Indonesia. The project comprises three turbine units that jointly represent 12 megawatts of installed capacity.

The hydro power station in Lebong is a so called run-of-the-river type, which is a form of hydroelectric generation whereby the natural flow and elevation drop of a river are used to generate electricity. These kind of hydro power stations are known to have a marginal water storage capacity and therefore a low environmental impact. The project is expected to reduce emissions of carbon dioxide by some 356,000 tonnes of CO2 equivalents by the end of the crediting period in 2017. NEFCO has committed to buying 90% of these reduction units.

NEFCO Carbon Fund (NeCF) procures emission reduction units on behalf of its investors, enabling them to meet their commitments under the EU Emission Trading Scheme and the Kyoto Protocol. The NEFCO Carbon Fund (NeCF), established in 2008, has invested in a 100% renewable energy portfolio, primarily in wind and hydro energy projects in Asia and Latin America.

NeCF currently has access to financial resources of EUR 115.3 million, raised from players in both the sovereign and private sector. Replenishment negotiations on raising the fund’s capital under Tranche 2 are underway with various investors.

Read the project profile document related to the story above

Learn more about the Bukaka Group

Read about the most recent investment into NeCF

Read about other NeCF investments in Asia