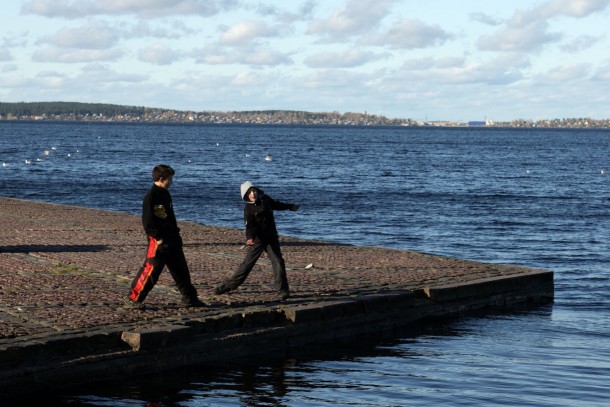 The Northern Dimension Environmental Partnership Support Fund (NDEP) has granted funding for wastewater treatment in Petrozavodsk and improved manure treatment at poultry farms on the Karelian Isthmus in Russia.

The decision to fund the projects was made at the 8th Assembly of Contributors in London this week.

NEFCO is actively involved in both projects and has already committed funds for this purpose.

“We are delighted about NDEP’s decision because it will enable us to embark on the two key areas of project preparation, which will benefit the ecological state of the Baltic Sea”, says NEFCO’s Senior Investment Manager, Kari Homanen.

Petrozavodsk’s inadequate sewage treatment system has been identified as one of the 42 environmental ‘hot spots’ in the Barents region. Because Petrozavodsk lies on the shore of Lake Onega, which is part of the Baltic Sea’s catchment area, the Baltic Marine Environment Protection Commission, HELCOM, is also keen on promoting the upgrading of the city’s sewage treatment system.

The project, which is expected to reduce the discharges of phosphorus by 75 tonnes per year, will be financed by NEFCO, NDEP, the Nordic Investment Bank, the Russian Government, the Republic of Karelia, Petrozavodsk city and the local water company, Petrozavodsk Utilities Systems (PKS).

The decision to fund improved poultry waste systems on farms in the Leningrad region is aimed at reducing the discharge of nutrients to surrounding waterways, which are linked to the Gulf of Finland. The NDEP has granted EUR 2 million to assist the farms in identifying and preparing potential projects for financing. The project implementation unit (PIU) will be provided and funded by the Finnish government and the local authorities in the Leningrad region.

Read more about the wastewater treatment project in Petrozavodsk