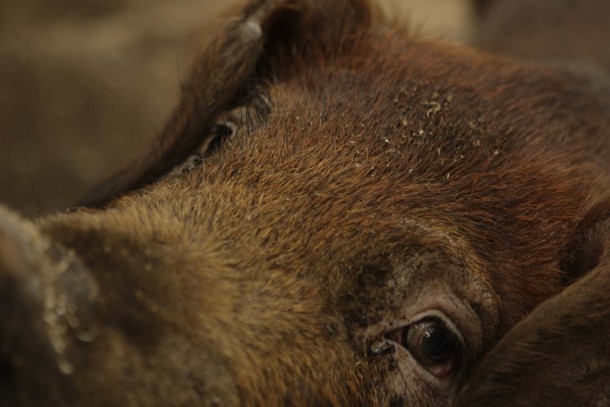 NEFCO has approved a loan for the development of manure treatment for a pig farm located in Nurma Village in the Leningrad Region. Situated near Saint Petersburg, the farm is owned by JSC Rurik Agro, a subsidiary of the Danish enterprise Rurik AS and the Lithuanian company, UAB Bekoniukas.

The manure project is aimed at modernizing the processing of pig waste by installing lagoons lined with membrane layers.

These measures will prevent leakage of liquid manure into the surrounding environment, and radically reduce the current discharge of nutrients into the Igolinka stream, which flows into the Gulf of Finland.

Discharges of phosphorous from the pig farm are expected to decrease by 129 tonnes per year, a target that is in line with the objectives set by the Helsinki Commission’s Baltic Sea Action Plan. The project will also reduce water consumption at the pig farm by some 230, 000 cubic metres per year.

“The project is clearly a win-win case, with benefits both accruing to the Baltic Sea and the climate, mainly, as a result of the instalment of new equipment, which will reduce the pig farm’s electricity consumption by more than 60 per cent”, says Elisabet Paulig-Tönnes, Senior Manager at NEFCO.

Three lagoons, with a capacity of 20, 000 cubic metres each, will be installed on the farm this year. Part of the pig waste will be also composted and used as manure for parks and gardens in the region. The construction of the lagoons will be based on EU criteria.

NEFCO’s loan for the project was granted from the facility for Eco Efficiency Credits. Under the terms of the facility, NEFCO may finance up to 90 per cent, or a maximum sum of EUR 400,000, of the investment costs in projects which receive funds from this facility. The repayment of the loan is directly tied to the savings of the investment. The annual savings of the project should be at least 12 per cent of the total investment costs.

Find out more about NEFCO’s previous investments in pig farms