Loan for slurry treatment at farm in Ukraine 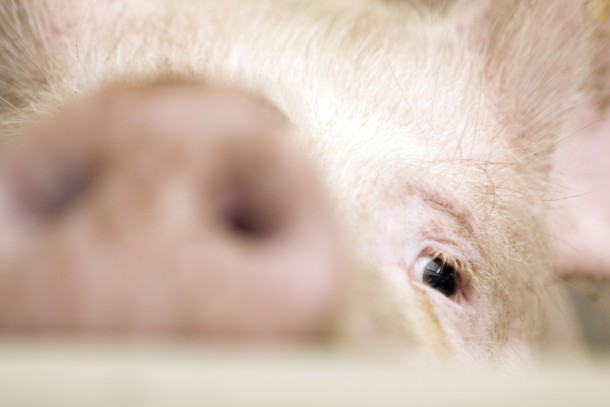 NEFCO and the agricultural company Halychyna Zahid LLC have signed a loan agreement aimed at improving the current system for handling pig slurry generated at the company’s farm in Kavske, Ukraine.

The loan that will be provided by NEFCO will enable Halychyna Zahid LLC to install new tanks and pumps and set up a new heating system. The project also entails a fuel switch component, since in future the boiler house will rely on renewable wood pellets instead of natural gas.

The investment is expected to reduce consumption of natural gas by around 158 cubic metres per year. Moreover, the annual consumption of diesel used for pumping and distributing pig slurry will decrease by 21.3 tonnes. The project will generate environmental benefits in terms of reduced emissions of carbon dioxide by nearly 383 tonnes per year. On top of this, the modernisation of the pumping and heating systems is expected to reduce the emissions of sulphur and nitrogen oxides.

NEFCO has co-operated with Halychyna Zahid LLC since 2008 when the company invested in upgraded manure treatment with the help of a loan from NEFCO’s Investment Fund. Halychyna Zahid LLC is one of the largest producers of pork meat in western Ukraine. The company is entirely owned by Danish investors and has operated in Ukraine since 2006. Apart from pork production, Halychyna Zahid LLC also leases some 4,000 hectares of land for the cultivation of wheat, corn and barley that is used as fodder ingredients. The main fertiliser used in the farming is derived from pig manure and slurry generated at the company’s farm in Kavske.

NEFCO will provide a loan for the project from its Facility for Cleaner Production. The facility was established in 1997 to promote technological investments in industrial projects aimed at stimulating efficient use of energy and material flows. The facility can finance up to EUR 500,000 or 90 per cent of the investment cost for such projects in the form of loans.