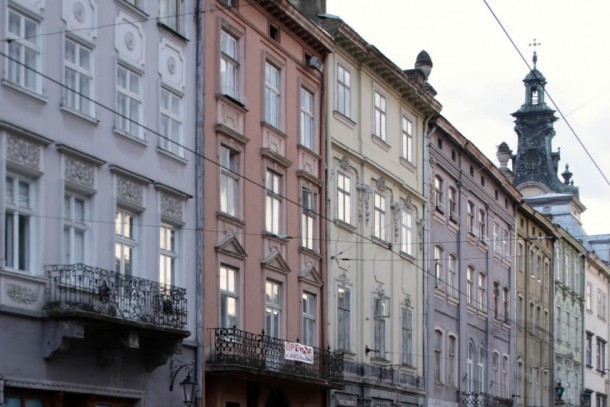 The Finnish John Nurminen Foundation will join forces with NEFCO to co-finance a biogas plant in Lviv, Ukraine. NEFCO has backed up the project since July 2016 when the corporation signed a loan agreement with the local waterworks Lviv Vodokanal for the construction of a biogas unit for sludge digestion.

The project is part of a biogas project funded by the City of Lviv, the European Bank for Reconstruction and Development (EBRD), NEFCO and the Eastern Europe Energy Efficiency and Environment Partnership (E5P), aiming to provide sustainable energy for the needs of the city of Lviv. The total investments in the upgrade of the wastewater treatment plant will be EUR 31.5 million. NEFCO provides EUR 5 million in loan financing for the project.

The city of Lviv has over 700,000 inhabitants, and its wastewater flows through the Poltva river to the Bug river of Belarus, which in Poland joins the Vistula river running into the Baltic Sea. Without enhanced sewage treatment, the biogas plant would increase the phosphorus load of the waterways by approximately 130 tonnes a year, which is around five times as much as the annual discharges from the Viikinmäki water treatment plant in Helsinki. Apart from phosphorus, the biogas plant is estimated to increase the nitrogen emissions ending up in the river by approximately 1,000 tonnes a year. Unlike phosphorous, most nitrogen discharges are estimated to evaporate, however, before ending up in the Baltic Sea.

The total cost of investment in chemical phosphorus removal is estimated to amount to around EUR 500,000, and the John Nurminen Foundation’s share of this is around EUR 400,000. In practice, the foundation is not likely to allocate funds for the project until 2018 at the earliest, when the biogas plant will be completed. The foundation will fund the water treatment equipment, whereas the Lviv waterworks will be liable for the construction work and local planning related to the project.

According to specialists’ estimates, chemical phosphorus removal is the most cost-efficient and reliable way of preventing the phosphorus discharges from the Lviv biogas plant from ending up in waterways. The phosphorus removal has no effect on the end use of sludge, as the sludge generated in the water treatment plant and biogas process is not suitable for use in agriculture, anyway, because of heavy metals and harmful substances it contains.

Biogas plants produce environmentally friendly energy. Their wastewaters are rich in nutrients, however, and it is therefore important to ensure that the waters are treated in the biogas plant or directed to a treatment plant that has enough capacity to deal with the additional load.

“It is important for NEFCO that the projects we fund are also sustainable from the point of view of the nutrient load of the Baltic Sea. In addition to positive climate effects, we also want to ensure the nutrient neutrality of the project. On account of this, we invited the John Nurminen Foundation to join in, to implement the phosphorus removal component in co-operation with the Lviv waterworks,” says Senior Investment Manager Bo Nyhus, in charge of the project at NEFCO.

“On account of the policy aiming at reduced climate emissions and increased renewable energy and energy self-sufficiency, biogas is a rising energy form, attracting increasingly more investments also in the Baltic Sea catchment area. Working on wastewater treatment, we have noticed that the wastewater treatment of biogas plants is challenging in all the countries of the Baltic Sea. If risks are not identified, biogas production may, at worst, release nutrients from sludge back to waterways and thereby significantly increase the nutrient load. It is therefore important to ensure that the effects that the biogas projects have on waterways are managed on a sustained basis,” says Marjukka Porvari, Director of the Nurminen Foundation’s Clean Baltic Sea projects.