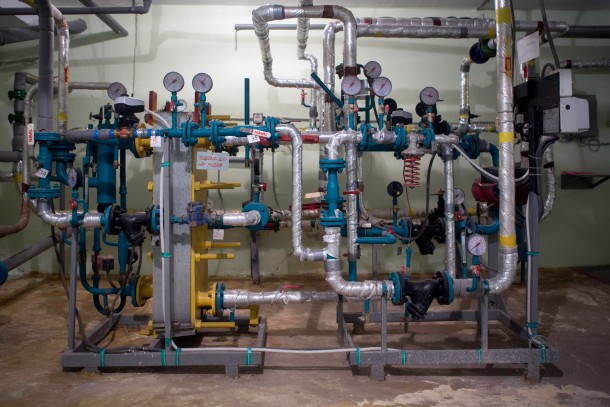 NEFCO and the municipal enterprise Ivano-Frankivsk Teplokomunenergo in western Ukraine have signed a loan agreement aimed at modernising the city’s district heating system. The demonstration project will focus on the installation of 39 individual heating substations in the Dovga-Karpatska district in Ivano-Frankivsk.

Moreover, the project comprises the installation of frequency converters in connection to existing distribution pumps. Ivano-Frankivsk Teplokomunenergo has already made the necessary investments in reconstructing the district heating pipelines in the area concerned. A total of 34 residential buildings, one hospital, a day-care centre, one school, an orphanage and a municipal centre will benefit from the investment.

The project is expected to reduce heat energy consumption by 9,081 megawatt hours annually. This will generate savings of over EUR 200,000 per year. In terms of environmental benefits, the project will reduce carbon dioxide emissions by approximately 1,880 tonnes per year.

The investment is financed by Ivano-Frankivsk Teplokomunenergo, DemoUkrainaDH and NEFCO. DemoUkrainaDH is a funding programme established by NEFCO in co-operation with the Ministry of Regional Development, Construction and Municipal Economy of Ukraine.

The programme, which is supported by Sweden and the Eastern Europe Energy Efficiency and Environment Partnership (E5P), combines grant funding provided by the Swedish International Development Cooperation Agency (Sida) with loans from NEFCO. Six projects are currently being implemented under the DemoUkrainaDH Facility.

The current energy efficiency investments in Ivano-Frankivsk have several ramifications. Together with EBRD, Ivano-Frankivsk Teplokomunenergo is financing a similar project in another part of the city where the heating systems will be reconstructed and modernised.

Find Ivano-Frankivsk on the map