Green to Scale: act in time to buy time to act 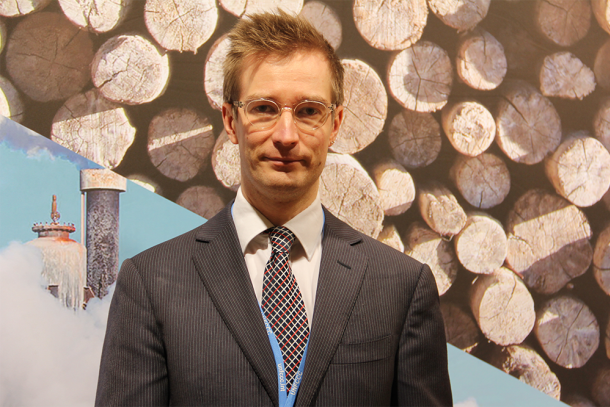 Expert discussions on climate action are filled with obscure units like MtCO2e, LCOE and TWh. However, there is one unit that matters more than anything else: time. Over the past years, climate has been changing rapidly – more rapidly than expected. Not only have global average temperatures broken records, they have also broken records on how much they have broken records.

In the landmark Paris Agreement, the world’s countries agreed to keep warming well below two degrees and to aim as low as just 1.5 degrees. Each temperature target can be translated into a global emission budget – how much climate-warming emissions we can release over time and still remain below the temperature limit.

Which brings me to why time is of such essence. If we continue emitting as much as we currently do, we will exhaust the remaining carbon budget very soon. With current emission levels, we will use up our budget for 2°C in less than 30 years. Even more remarkably, the budget for 1.5°C would be exhausted in only nine years.

Every year – indeed every day – we continue at high emission levels, we will eat away parts of the carbon budget. This can lead to two alternative outcomes, both extremely worrying. Either we would have to reduce emissions unrealistically rapidly (and expensively) in the future or exceed the budget and cross the temperature goals, with resulting devastation for people and the environment.

Luckily the logic works both ways. The sooner we cut global emissions, the more time we will have to remain within the budget. In climate policy, more time equals smaller risks and lower costs. That is why we need to find ways to cut emissions not in 20 or 10 years, but as soon as possible. For example, cutting short-lived climate pollutants (SLCP) and improving energy efficiency can provide next to immediate benefits.

There is, however, a broad approach that can deliver particularly big and rapid results. That is scaling up existing and proven climate solutions.

It can be done – because it already has

A large body of literature confirms that the potential to reduce emissions with existing technology is huge. We can get really far by simply using what we already know and have. This is nothing new. But somehow the message has not reached people in positions of power. When presenting studies to policymakers – and I know as I used to be one – the reaction is often lukewarm. Your scenario looks very good, but how do I know it works in practice? Can it really be done?

This got us at Sitra thinking. What if we were able to show that it can indeed be done – because it has already been done? And that is why we launched the Green to Scale project with partners from ten countries. The approach is remarkably simple – and yet, to our surprise, no one had done it before.

In Green to Scale we analysed the potential of scaling up existing low-carbon solutions like many before. What is unique, however, is how we did it. We focused on concrete cases: climate solutions that some countries have already implemented at scale. And we scaled up those solutions for comparable countries only to the extent that some others had already achieved today.

Let me give an example. Rather than analyse the theoretical potential of, say, solar water heating, we looked at the extent to which China has already implemented the solution. We then calculated by how much comparable countries could reduce emissions by achieving the level of implementation by 2030 that China has already achieved today.

No new technology or innovations, just existing and proven solutions, and simply doing by 2030 what some countries have already done today. The results were exciting. Scaling up just 17 low-carbon solutions could cut global emissions by 12 gigatonnes – a quarter of today’s levels.

What is perhaps even more remarkable is the price tag. At most – using the most pessimistic end of the estimate range – the total net cost would be $94 billion in 2030. That would be less than one-fifth of the amount the world’s countries use on direct fossil fuel subsidies every year.

We released the results in Washington DC last year, right before the Paris climate conference. The response was positive. And the message really is compelling. It would be difficult to argue that a country would not be able to do by 2030 what a comparable country has already done today. It can indeed be done. Encouraged by the feedback, we continued this year with a follow-up project. This time we focused on existing Nordic low-carbon solutions with partners from all five Nordic countries. The new study confirms and complements what we learnt from the global analysis. Simply scaling up 15 Nordic solutions could cut global emissions by four gigatonnes, i.e. as much as the European Union produces today. The price would be essentially negligible. Reaching a significant cut in global emissions would cost as much as the world spends on direct fossil fuel subsidies in just nine days.

Learn from others, act now

Scaling up existing solutions clearly holds huge promise. Importantly, emissions can also be reduced fast. Existing solutions are readily available. The technology can be bought off the shelf and implemented at scale today. Moreover, countries do not need to reinvent the wheel. Rather they can learn from their peers and adapt the solutions to their circumstances.

Finland wants to phase out coal power. Look at how Sweden has built large amounts of wind power. Iceland needs to cut transport emissions. Why not study the success in Norway of introducing electric cars.

Building zero-carbon economies will also require much innovation. We will need to come up with new ways to cut emissions from, for example, industrial processes, aeroplanes and agriculture. But while we are developing new solutions, we can implement existing ones at scale. In so doing we can cut emissions rapidly – and preserve our scarce carbon budget.

Time really is of the essence in addressing the climate crisis. Luckily, existing low-carbon solutions let us take climate action now – and buy time to develop new ones.

Oras Tynkkynen works as a Senior Adviser to the Finnish Innovation Fund Sitra as well as running his own climate and sustainability consultancy Tyrsky. Previously he served as a Member of Parliament and Climate Policy Specialist in the Prime Minister’s Office. Green to Scale reports are available at www.greentoscale.net.