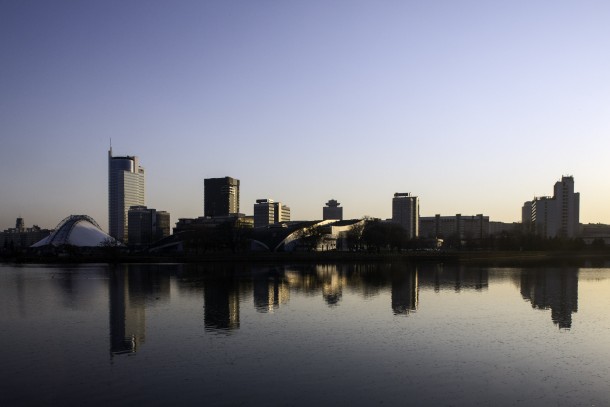 The framework agreement between NEFCO and the Republic of Belarus enters into force today. The agreement was signed in January this year and ratified by the Belarusian parliament in July. NEFCO’s upgraded legal status in Belarus will pave the way for a substantial increase of the corporation’s lending operations in the country, not least within the municipal sector.

NEFCO has financed environmental projects in Belarus since 2007. However, these operations have been rather limited due to the lacking framework agreement, which has prevented NEFCO from financing ventures such as municipal energy efficiency and wastewater treatment projects.

“We are very pleased that the agreement has now entered into force since it clarifies NEFCO’s status as an international financial institution in Belarus and will hopefully boost our lending operations in the country,” said Vice President Tita Anttila, who heads NEFCO’s legal unit.

“We hope that this agreement will inspire Belarusian municipalities and municipal enterprises to invest in energy efficient technologies by utilising the loans that we can provide for such investments,” reiterated Senior Investment Manager Ulf Bojö, who is in charge of NEFCO’s lending operations in Belarus.

The Belarusian loans currently account for 3.7 per cent of funds disbursed by NEFCO’s two main financial instruments, namely the Investment Fund and the Nordic Environment Development Fund. In 2014, NEFCO’s Board of Directors approved four projects for Belarus. The bulk of these investments relate to energy efficiency improvements in the private sector.

Read about recent NEFCO-financed Belarusian projects in our Information Bulletin