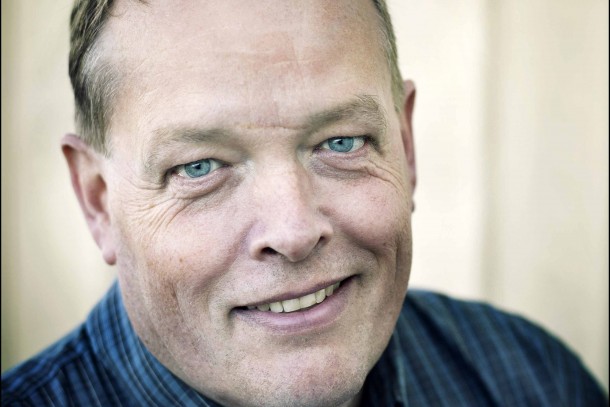 A couple of weeks ago, I had the opportunity to give a talk at a major conference in Gothenburg organised by the Clean Soil Network. Several hundred people had come together to discuss remediation and restoration of contaminated soils.

Although the efforts to clean up old pollution have only been going on for a couple of decades, it is remarkable how many companies are involved in these activities.

It was different when HELCOM identified the waste from the Falu Mine as one of the Baltic Sea’s hot spots in terms of metal leakage. The Falu project was a major proposition in the early 1990’s, in which the first idea – to cover the area with compact soils – was soon replaced by accelerated extraction followed by covering. The project offered important lessons in view of other remediation projects and generated
growth in an important environmental sector. At the same time, the old and obsolete sulphuric acid factory was phased out and demolished. As a result of increasingly stringent environmental requirements,new companies emerged.

The questions we are asking ourselves at the Swedish Agency for Marine and
Water Management are: Are we receptive enough to innovative thinking
and actions to create blue growth? And can the emergence of new solutions
both generate growth and achieve our goals of flourishing lakes, seas and
streams? When new, creative firms in this growth sector point out that they
would be more profitable if the authorities imposed more stringent environmental
requirements, it is high time for us authorities to take a hard look at
ourselves.

As we already know, environmental requirements drive innovation. One
example of such innovation is when chlorine bleaching came to an end in
the pulp industry following the imposition of more stringent environmental
requirements. Another example is how catalytic converters were introduced
to clean exhaust gases after California assumed the leading role in the efforts
to protect the atmosphere. Now that shipping is facing greater restrictions
on sulphur emissions following the adoption of the IMO requirements by
the EU, the field is open for creative innovators. In brief, it pays to make demands
on behalf of the environment.

As it is, there already exist innovative companies with solid experience
and fresh ideas – companies that seek to create a better marine and aquatic
environment at the same time as they are making money. We have to ask
ourselves why there are so few of these companies. Many of them argue that
they would be more profitable if the authorities introduced more stringent
environmental standards, a finding of a survey conducted by the Swedish
Agency for Marine and Water Management.

From time to time, the shipping industry is singled out as a major pollution
villain. In reality, major efforts have been made in shipping to improve
the state of the marine environment. Researchers have developed anti-fouling
paints with lower environmental impact yet just as effective as old
paints. However, they generate only lame interest among users – simply because
the more toxic paints are still approved by the authorities.

There is a risk that many government agencies tread too cautiously fearing
that they make things difficult for business and industry. Until now, environmental
authorities have repeatedly acted both slowly and cautiously so as not to throw a spanner in the works. Actually, the opposite is true. Environmental requirements are conducive to profitable innovations. For this reason, we organise meetings between the authorities, NGOs and business and industry, and encourage them to engage in dialogue to create favourable conditions for blue growth.

Our vision is to achieve flourishing lakes, seas and streams for the benefit and enjoyment of all. To succeed in this, we need to work together with innovative companies and other partners.