Energy out of pesticides 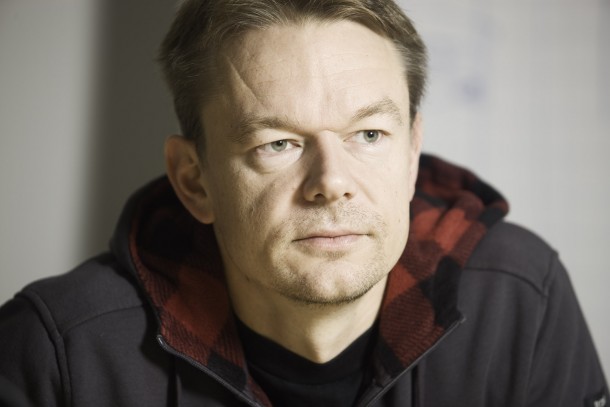 Traffic is busy on the access road to Ekokem’s facility in Riihimäki, Finland, with a steady stream of trucks passing through the gates. Aside from all the other hazardous waste processed by the company, Ekokem receives annually some 150 tonnes of pesticides that are taken to a special incineration plant where the hazardous substances are burnt at 1,100–1,200°C.

“Most of the pesticides ending up here are from Finland and the other Nordic countries, but we have also received a fair amount of pesticides from other parts of the world,” says Ekokem’s Production Manager Juhani Alonen.

The incineration process breaks down the hazardous chemical compounds to render them harmless while at the same time generating thermal energy. Ekokem supplies all the heat required by the town of Riihimäki and 70 per cent of that required by the town of Hyvinkää. Last year, Ekokem generated a total of 509 GWh of energy in Finland. The flood of hazardous wastes is impressive – according to Ekokem’s sustainability report, the company received a total of 229,000 tonnes of hazardous wastes in 2012.

The facility in Riihimäki almost stands alone in the Nordic context. There are only two similar incineration plants in the Nordic countries and in Russia this type of incineration technology is completely lacking. This is one of the reasons why Ekokem has received obsolete pesticides from Russian Karelia as part of the international environmental cooperation in the Barents Region.

“At the beginning of the 2000s, the Arctic Monitoring and Assessment Programme (AMAP) commissioned a number of studies on the occurrence of persistent organic environmental pollutants. It was discovered, among other things, that several rivers and watercourses in the Barents Region displayed high levels of DDT and other pesticides,” says Timo Seppälä, Senior Adviser at the Finnish Environment Institute.

DDT is a persistent organic pollutant that accumulates in the food chain. It is associated with a range of conditions such as breast and thyroid cancer as well as hormonal and neurological disorders in humans. As a result of AMAP’s studies and the ‘hot spot’ report released by NEFCO in 2003, it was possible to pinpoint a number of sources of DDT in the various parts of the Russian Barents Region. Most of the problems were due to past Soviet environmental misdeeds and the pesticides that were used back in the 1960s. Several tonnes of pesticides stashed away in 23 depots spread across the region were discovered in Karelia. Many of them were found near Sortavala and some in large storage facilities near Lake Ladoga.

The Finnish Ministry of the Environment offered to finance most of the collection and packaging of the pesticides and their transport to Ekokem’s facility in Riihimäki for proper incineration. The remaining part was funded by the Republic of Karelia.

“Talks with the Karelian and federal authorities were successful, and following a thorough inventory and identification of the substances we managed, together with the Karelian authorities, to organise the transport of 12 tonnes of pesticides from Petrozavodsk to Riihimäki in summer 2008,” explains Timo Seppälä.

The cargo contained 21 different pesticides including the Persistent Organic Pollutants (POPs) DDT and Lindane. The packaging and transportation of the pesticides was carried out in accordance with the provisions of the Basel Convention and the United Nations regulations, which impose rigorous requirements regarding their sorting, handling and loading, and the type of bags to be used during their transportation.

After incineration in Riihimäki, the Barents Euro-Arctic Council was able to cross the pesticide problem in Russian Karelia off the list of ‘hot spots’ identifying 42 acute environmental threats in the Barents Region. In other words, it was a success story. The project in Russian Karelia was part of a more extensive action programme to manage pesticides in Northern Russian territories in an environmentally sound way. Many regions have sent their pesticides to the hazardous waste facility in Krasny Bor in the vicinity of St. Petersburg. Krasny Bor does not yet meet the international criteria for environmentally sound management.

“We have the technical capability to accept similar deliveries from for example Russia, but for that we need a partner who can handle the logistics and paperwork involved in such projects,” says Production Manager Juhani Alonen.

This article was originally published in the brochure “Hot Spots – Tackling environmental challenges in the Barents Region” presented at the Barents Euro-Arctic Council’s meeting in Inari, Finland 4-5 December 2013. You can download the publication here.