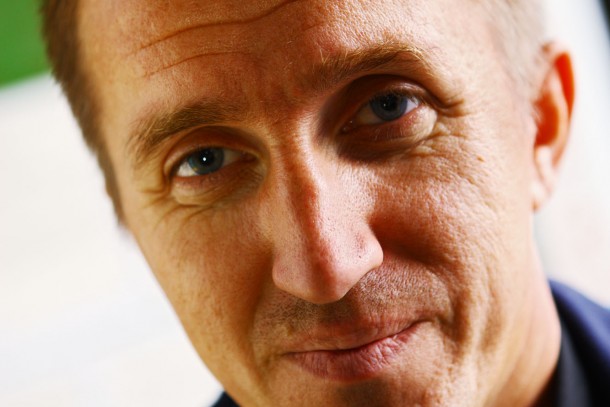 The odour of sawdust and bark permeates the entire mill site as we walk round CJSC Sawmill 25 on the outskirts of Archangel. Here the region’s green gold is converted into boards and pellets – most of which are exported to the European market to be processed into energy, wood floorings, stairs and furniture.

“We expect to produce around 341,000 cubic metres of timber by the end of 2009 – mostly
pine and spruce, the predominant species in these regions. Our timber is procured from an area within a 650 km radius of the sawmill. Freight is carried by train or boat,” says the mill’s
Production Manager Margarita Panteleeva.

The company’s traditions go back a long way, with the first sawmill established in the Maimaksa district already in 1898. Today, the sawmill employs around 1,200 people. Panteleeva takes us to the dams where timber sorting used to be carried out, leading to releases of oxygen consuming particles to the river Dvina. These discharges orresponded to the untreated emissions of 120,000 people annually. Previously, the sawdust generated in production was stockpiled high on the mill site, which produced methane emissions. Thanks to NEFCO’s investments in a new timber sorting line, the mill’s by-products can now be used for heat generation.

“We use bark, chips and sawdust to produce heat. Bark accounts for around 50 per cent of the fuel mix and if its moisture content is too high, we increase the share of sawdust in incineration. Most of the heat is used for drying timber and heating the buildings on the mill site,” says Boiler House Operator Ivan Zheludkov.

With a total capacity of 15 MW, the plant provides more heat and electricity than what is needed at mill site, which has inspired the mill’s management to explore possibilities to provide heat for the local inhabitats of Maimaksa.

Switching to renewable energy and upgrading production have generated new revenues as part of the sawdust is pelletized and sold to international markets.

“We pelletize around 50,000 tonnes of sawdust and sell it to foreign buyers. Once we have the third production line on stream, we expect to be able to produce about 67,000 tonnes of pellets in 2010,” explains Panteleeva.

The NEFCO-financed projects at Sawmill 25 were implemented in collaboration with the Arkhangelsk Oblast Energy Efficiency Center, which is responsible for monitoring and verifying
the cuts in emission together with the sawmill management. Encouraged by the success achieved in Maimaksa, CJSC Sawmill 25 decided to install two 2.5 MW boilers for heat generation at the company’s production facility in Tsiglomen some 30 minute’s drive from Archangel.

“The heating plants here in Tsiglomen eat up around 15,000 cubic metres of bark and 4,800 cubic metres of sawdust per year. We’re planning to install a third boiler to increase heat generation,” discloses Dmitry Lukashevich who heads the energy unit at Tsiglomen.

“The Archangel region offers huge potential for increasing the share of renewable energy. After all, the region accounts for a sizeable percentage of Russia’s timber and paper production and has in place the infrastructure required for the supply of timber and woodchips for energy production. And by making use of the residues created in the production of pulp and timber, companies can achieve major savings,” says Anna Kulikovskaya, AOEEC’s Power Engineer.