Cooperation with Russia to clean up the Krasny Bor waste site 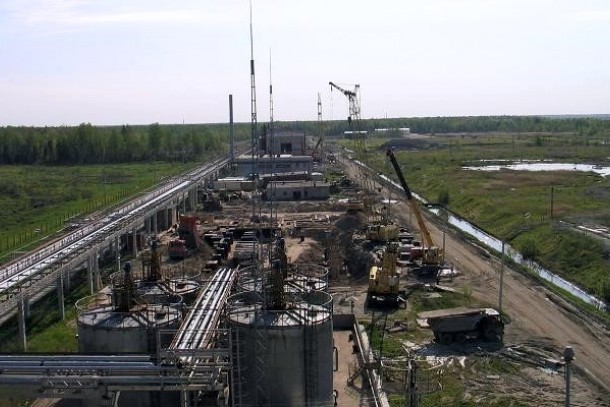 The Ministry of Natural Resources and Environment of the Russian Federation and NEFCO have signed a Memorandum of Understanding to improve the ecological situation at the Krasny Bor landfill area in the region of St Petersburg.

The memorandum has been signed by the Minister of Natural Resources and Environment of the Russian Federation, Sergei Donskoi; the Finnish Minister of the Environment, Energy and Housing Kimmo Tiilikainen; and NEFCO’s Managing Director, Magnus Rystedt.

The landfill has been listed as one of the Hot Spots in the Baltic Sea area by the Baltic Marine Environment Protection Commission HELCOM. NEFCO was asked in 2016 to co-ordinate the international financing for the clean up of the hazardous waste at the landfill.

The signed memorandum is a first step to improving the situation at the waste site, and both parties hope to elaborate on environmental measures to prevent environmental risks that may arise from the Krasny Bor landfill.

“The signing of the memorandum is an important stage in the preparations for remediation of the landfill in terms of attracting international financial institutions, especially considering that the landfill is included in HELCOM’s list of Hot Spots,” explains Minister Donskoi.

“Remediating the Krasny Bor landfill is an extremely important effort that will benefit the entire Baltic Sea and all its coastal states. Finnish research institutions and companies have a multitude of know-how and advanced technologies that could contribute to this work”, says Minister Tiilikainen.

“We are glad to be able to contribute our expertise and handle the co-ordination of the work aimed at excluding the waste site from the list of Hot Spots,” affirms Managing Director Rystedt.

Over the years, the landfill has received hazardous waste in all forms: liquid, solid, bulk and packed. It is estimated that at least 1.5 million tonnes of waste have been brought to the waste site over the years. The landfill has been closed since the beginning of 2014.

Krasny Bor was listed as a Hot Spot by HELCOM in the early 1990s for its inadequate handling of hazardous wastes and associated environmental risks of toxic chemicals leaching into the Baltic Sea.

The list of HELCOM Hot Spots was originally established in the beginning of the 1990s, as part of HELCOM’s efforts to foster international cooperation and co-ordination to resolve the most acute environmental problems of the Baltic Sea. Since then, three quarters of the Hot Spots have been removed from the list due to systematic mitigation work by the coastal states.