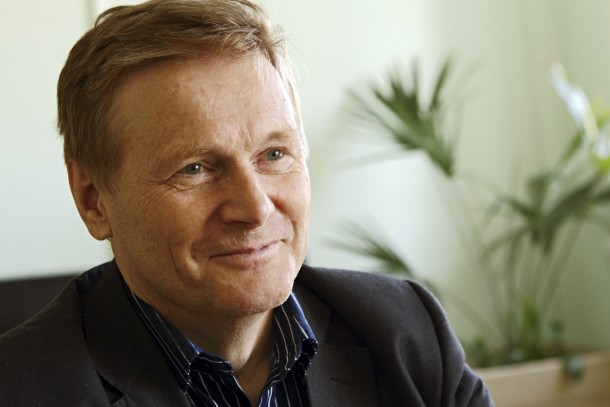 The clear waters and the rippled sand of the berm at the Lipovskii beach outside Sosnoviy Bor look really attractive. The city’s Head of Administration Vasily S. Vorob’yov takes off his shoes and socks and strolls along the shoreline.

As we are visiting the beach in May, it is virtually deserted except for a couple of joggers. But in a couple of weeks’ time the dunes will be packed with holiday-making locals keen to wind down, relax and enjoy the marine milieu. And this year they can look forward to cleaner waters to swim in.

Recently, Vodokanal Sosnoviy Bor, the local waterworks, completed a project to upgrade three pumping stations and introduce chemical phosphorous removal. The modernised treatment plant was inaugurated in April. The company is responsible for the water supply and wastewater treatment for a population of around 70,000, which also means that the company needs to maintain a 90-km network of sewer pipes in the municipality. Thanks to this project completed in April the company will be able to reduce emissions of eutrophicating phosphorus by around 22 tonnes per year.

“About 80 per cent of all the technical equipment at the treatment plant has been replaced to a tune of RUB 224 million”, says Director Anatoly S. Tselenko of Vodokanal Sosnoviy Bor.

Financing for the project was provided by Vodokanal, the Russian Federation, Sosnoviy Bor municipality, NEFCO, the Finnish Ministry of the Environment, and the Northern Dimension Environmental Partnership NDEP. Local financiers contributed more than 70 per cent of total costs. Vodokanal was able to complete the project in less than three years after the loan agreement was signed with NEFCO in 2010.

“Thanks to the technical face-lift, we’ve also been able to cut down on electricity consumption by about 45 per cent”, Anatoly Tselenko says.

The waterworks’ latest showpiece is the modernised pumping station next to Vodokanal’s head office. Following an extensive round of competitive bidding, Grundfoss and Siemens were selected, among others, to deliver technology for upgrading the existing systems. When we toured the facility at lunchtime, only three 160 kW pumps out of a total of 10 were running. The water flow follows the pace of the work day. In the morning and afternoon, the pumping station works at full capacity whereas things are less hectic around noon. Before the upgrade, the waterworks had only 6 pumps whose operation involved a lot of manual control. Now fully automated, the station is more reliable in use.

Additionally, the waterworks has installed a system to irradiate wastewater with ultraviolet light to destroy harmful bacteria. While the UV light looks like a regular lamp with a filament, it emits light at a different wavelength killing bacteria by breaking down the cell walls. A wavelength of 252 nanometres is effective in disinfecting and cleaning wastewater.

Yet a lot remains to be done. Sludge handling is causing a headache for the operators. While the existing process meets the requirements imposed by Russian legislation, it fails to pass the stringent criteria established by the Baltic Marine Environment Protection Commission HELCOM. Vodokanal has deposited around 45,000 tonnes of sludge near the plant. Part of it is transported to St. Petersburg for incineration, which is an unsustainable and expensive solution as long as 7,000 tonnes of sludge is generated every year. Moreover, it takes a large fleet of road tankers to keep up with the deliveries.

“We’re planning to initiate a new project to improve efficiency in sludge processing. Financing will be provided partly by the municipality and partly by the Russian Federation, but first we need to carry out a feasibility study before we get off the ground”, says Vasily S. Vorob’yov.

The regional actors committed to cleaning up the Gulf of Finland receive the full backing from the decision makers in Sosnoviy Bor. The quick and determined management of NEFCO’s project has generated positive interest in other parts of the region.

“Recently we had a meeting in St. Petersburg with people from other water services to discuss similar topical projects elsewhere in the Leningrad region. As we speak, the city councils of Vyborg and Tikhvin are negotiating with NEFCO on potential financing for new projects. We hope to be able to share our experiences with our colleagues and to lend a hand in the process”, says Director Anatoly Tselenko.