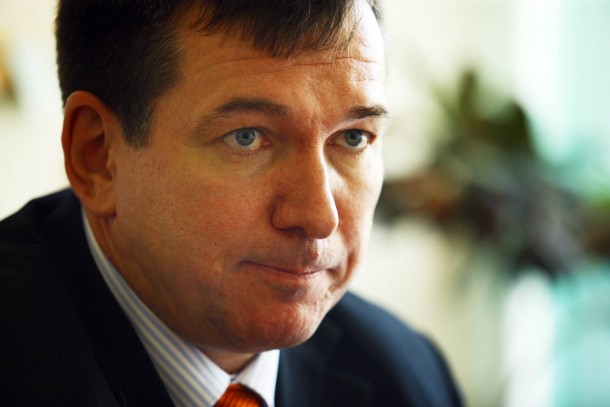 New investments in the environment always call for an institutional backing. Such backing is provided to by the Cleaner Production and Sustainable Development Centre located in Moscow.

The Centre, which has been funded by the State of Norway since 1994, provides training
for local entrepreneurs in order investments and the instalment of environmental technology to the industrial sector in Russia.

“We’ve provided instruction for around 1,800 engineers who have taken part in a range of training programmes coordinated by this Centre,” says Deputy Director Yan A. Tsygankov who is the head of the office.

Aside from these training programmes in which NEFCO has also participated, the Centre provides consultancy services, for example for the forest industry in Komi and the metal industry on the Kola and Taimyr Peninsulas. One important frame of reference for the work carried out by the Centre is the Arctic Council’s hot spots list identifying acute environmental problems and major emission sources in the Barents and Arctic regions. Since its establishment, the Cleaner Production Centre has implemented no fewer than 99 projects designed to promote cleaner production practices and reduce environmentally harmful emissions by Russian industry.

The interest for the Centre’s training programmes remains strong. “This year we are for instance providing the 7th training programme in cleaner production for the metallurgical and mining company Norilsk Nickel at their Transpolar Branch in Norilsk. This training is paid for by the company itself”, says Tsygankov.

“we’d need more effective tools for steering investments in environmentally friendly technologies in Russia. Another prerequisite for such projects is that directors at individual companies have the drive and determination to cut down on environmentally harmful emissions from industrial facilities,”maintains Tsygankov.

Tsygankov favours sanctions and substantial fines for firms that violate the country’s environmental laws. He also advocates the continual measuring and monitoring of industrial emissions or energy consumption. As it is, companies are not rewarded for their pioneering efforts in investing in environmental technology, which would cut electricity consumption for example”, says Tsygankov.

“At present many companies prefer paying fines for polluting the environment instead of investing in new technologies, as it is much cheaper to pay fines than to invest in cleaner production. We need special amendments in the legislation, which would favour companies investing in modern, environmentally friendly technology, concurs Olga Viktorova, who is in charge of the Centre’s training programme.

New environmental regulations are, however, on the cards for Russian industry. Viktorova reports that the Russian government is planning to introduce new legislative norms to significantly increase the fines imposed on companies, which pollute the environment. This will, no doubt, stimulate growth in cleaner industrial production and set a demand for the services the Centre provides.