Boost for energy efficiency in Ivano-Frankivsk 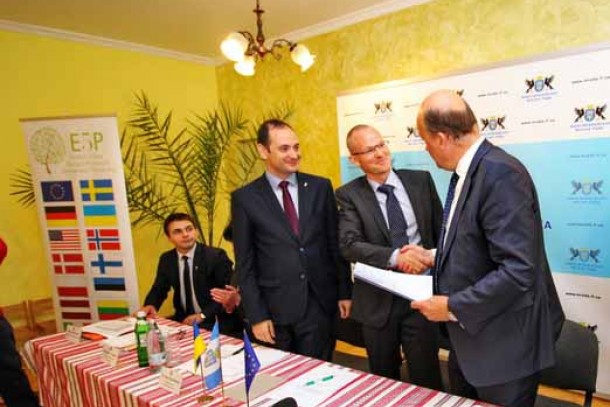 The city of Ivano-Frankivsk in western Ukraine and NEFCO have signed a loan agreement aimed at financing energy-efficiency measures in municipally owned public buildings in Ivano-Frankivsk, which has approx. 250,000 inhabitants. The upcoming investments will also be supported by a grant to be provided from the Eastern Europe Energy Efficiency and Environment Partnership (E5P).

The project aims to refurbish 51 buildings, such as schools, day-care centres and medical clinics, which currently consume some 27 gigawatt-hours of heat annually. About 22,000 school children will benefit from the project. The planned measures include insulation of heat distribution pipes, doors and windows, as well as installation of new ventilation systems and individual heating substations, and replacement of stoves, and incandescent light bulbs with LED lights. The total investment cost for the project at hand is EUR 7.97 million.

The new investment programme for the 51 targeted buildings will be implemented in two stages. The first leg of the project focuses on 13 buildings. The planned measures for the remaining 38 buildings will be agreed upon in 2017. All in all, NEFCO will provide EUR 5 million in loan financing for the project.

Contributors to E5P are the EU and the US, as well as Denmark, Estonia, Finland, Germany, Iceland, Ireland, Latvia, Lithuania, Norway, Poland, Sweden and Ukraine.