Boost for energy-efficiency in Georgia 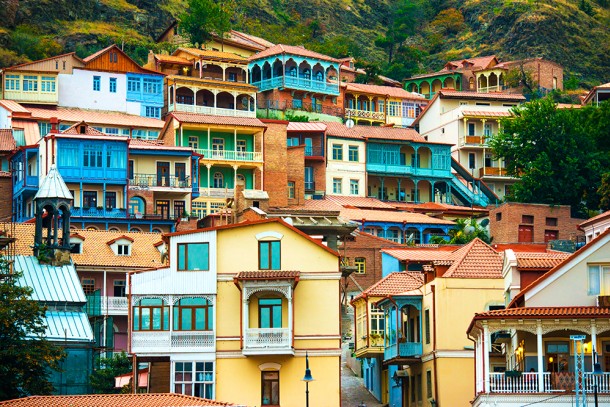 NEFCO has signed agreements with the consultancy companies NIRAS and ALLPLAN aimed at promoting energy-efficiency measures in Georgia. The upcoming projects will be financed through a Danish trust fund that is administered by NEFCO.

One of the assignments is earmarked for a feasibility study that will map out the potential to invest in energy-efficiency measures in public buildings and promote the use of renewable energy sources. The other assignment aims to roll out work that is geared towards raising awareness about the importance and urgency of investing in energy efficiency. The project will also include hands-on training of local energy auditors and energy specialists in close co-operation with the Ministry of Energy in Georgia.

“We are very excited to start our first projects in Georgia, and these new assignments will hopefully pave the way for future investments in energy efficiency and renewable energy,” says Senior Investment Manager Bo Nyhus at NEFCO.

Georgia has an exceptionally energy-intensive economy compared with similar sized EU countries, but the energy sector has been shaped by a series of reforms undertaken in recent years. The first national energy-efficiency action plan is currently being developed, and the Government of Georgia is committed to increasing and developing energy efficiency across all sectors.

The energy sources dominating final consumption are mainly imported natural gas (45%) and oil products (25%). However, promoting renewable energy sources is an emerging issue in Georgia, and the country has now invested in a range of hydropower projects. Georgia has considerable potential for other renewable energy resources such as wind, solar, biomass and geothermal energy.

Most of the energy in Georgia is consumed by residential, commercial and public buildings. The potential for improving energy savings in public buildings is huge since a big proportion of the buildings are poorly designed, the energy systems inappropriate and the local energy-saving practices not well developed.

The upcoming projects relate to the Danish neighbourhood programme Support to energy efficiency and sustainable energy in Georgia, which will be implemented during 2016-2019. The other part of the programme focuses on policy work managed by the Ministry of Foreign Affairs of Denmark.

In 2014, NEFCO and the Georgian Government signed a framework agreement that acknowledges NEFCO’s status as an international financial institution in Georgia. NEFCO’s expanded geographic mandate conforms to the objectives of the Eastern Europe Energy Efficiency and Environment Partnership (E5P) to extend operations to other countries in South-Eastern Europe and the Caucasus region.

The Danish Trust Fund for energy-efficiency demonstration projects in Georgia currently has funds to a total value of DKK 11.7 million (approx. EUR 1.6 million).