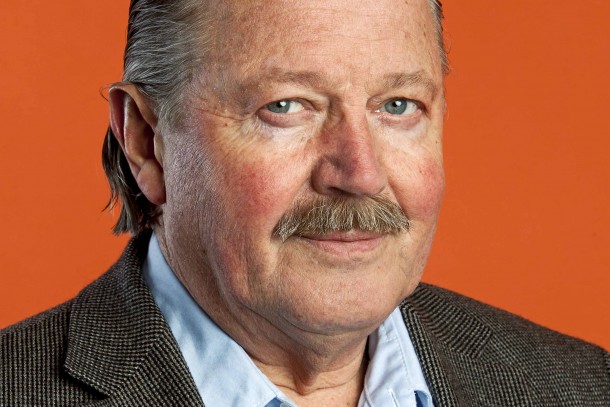 Professor Emeritus Anders Stigebrandt in Sweden underlines, in this column, the importance of addressing the internal phosphorus load in the Baltic Sea by oxygenating deep water areas.

The costs of reducing the external source have risen since the cheapest measures have been implemented and the potential for purification is declining. A reduction of more than 10,000 tonnes p.a. in the external phosphorus source seems almost utopian. This is why a large reduction can only be achieved by reducing the internal source.

If the internal source of phosphorus can be eliminated, which can be achieved by oxygenating the anoxic bottom areas, the phosphorus content in the Baltic sea will strive for equilibrium with the external input. After an estimated 10 years, the Baltic Sea should be in a condition similar to that it was in during the 1950s, when the external source was roughly the size it is now and the internal source was small. This very low concentration of phosphorus should result in a substantial reduction in the biological production of organic material in the surface water and thus also the loading of the deep water with oxygen-consuming substances. The natural input of oxygen, which depends on the physical circulation, should then be able to keep the deep water of the Baltic Sea oxygenised. It should be noted that oxygenation only needs to take place until the concentration in the water column has fallen to the new equilibrium.

The BOX-WIN project, carried out with funds from the Swedish Agency for Sea and Water Management and from the BSAP Fund and NEFCO, has shown that cod reproduction in the Bornholm Basin, the only place today where Baltic Sea cod reproduce, could benefit from oxygenation of this basin. Other expected positive effects of oxygenating this basin are that the phosphorus discharge from deep sea bottoms could be reduced by 7,500 tonnes per year and the bottoms could be colonised.

The estimated cost of oxygenating the Bornholm Basin over a period of 10 years is around EUR 250 million. This is under double the cost of refurbishing the Swedish wastewater treatment plant SYVAB, which serves around 3% of the Swedish population. After refurbishment, it is estimated SYVAB’s phosphorus emissions would decrease by 8 tonnes annually. Further questions on the ecological effects of oxygenating the deep water could conveniently be studied in a pilot experiment in the Bornholm Basin, where development would be monitored by a rigorous control programme which would enable the experiment to be discontinued if unacceptable negative effects are observed.