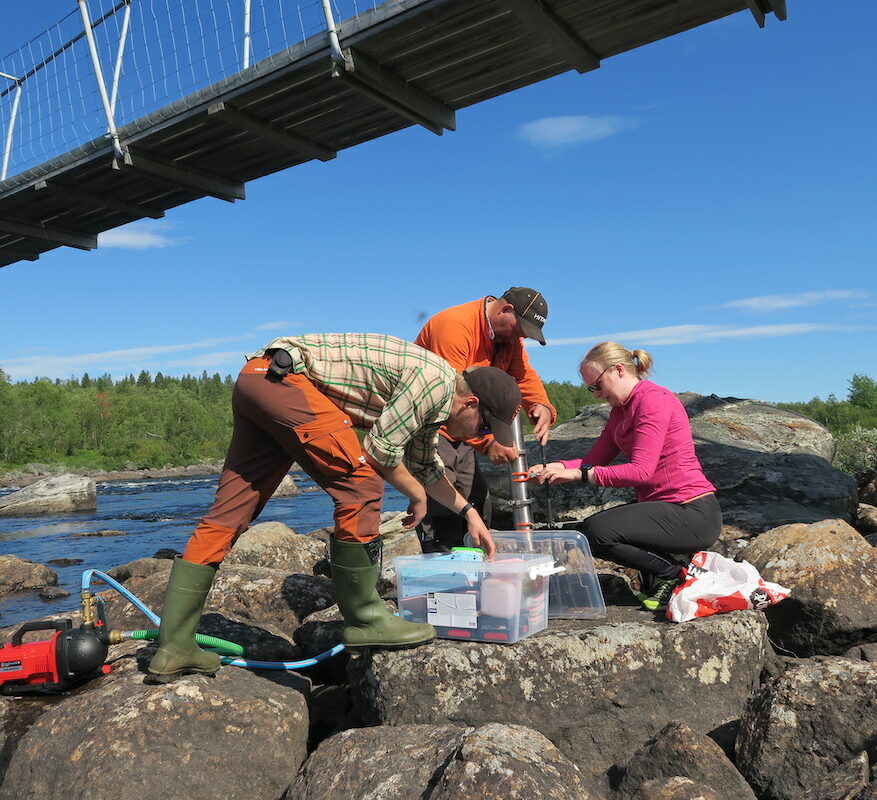 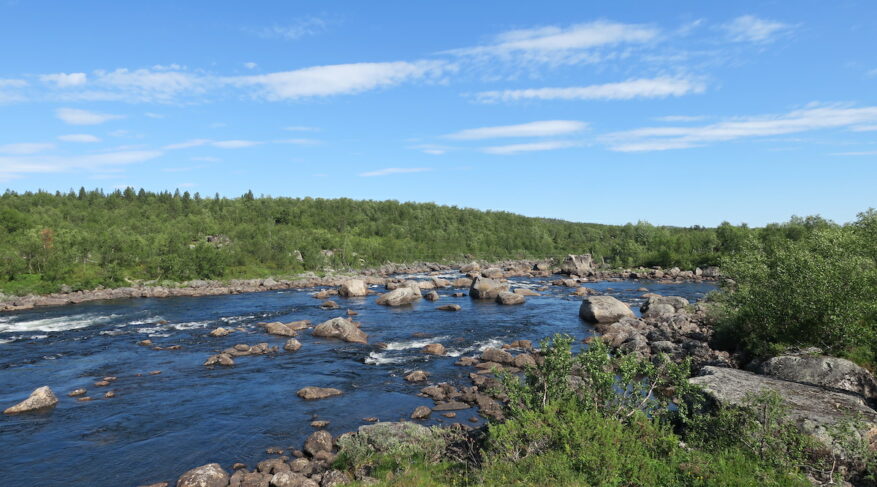 The project focused on climate change impacts across the Arctic regions of Russia, Finland and Norway.

The first large-scale project ‘Waters of Health’ implemented in 2020-2021 focused on monitoring climate change impacts across the Arctic regions of Russia, Finland and Norway. The information collected will make a significant contribution to knowledge of the biodiversity and aquatic health of the area.

The project team also initiated a microplastics survey, which evidenced the presence of microplastics in River Näätämö and Lake Inari in north-eastern Lapland. A number of additional measures were implemented over the two years, including documenting indigenous knowledge of fish health and fish catch diaries and otolith and scale sampling of Arctic char, salmon, trout and perch.

The project benefitted from a constructive synergy between indigenous and scientific knowledge. Indigenous peoples have been direct beneficiaries of the project, as they are fully dependent on the water resources and particular ecosystems of the area. The Sámi communities in the different countries actively participated in the project by sharing their valuable traditional knowledge. For example, Skolt Sámi community members acted as experts and co-researchers during the project. Documented observations of the local community have been thoroughly analysed to provide a socio-ecological view of the waters and surrounding ecosystems.

The project benefitted from a constructive synergy between indigenous and scientific knowledge.

Geographically, the project focused on the Näätämö/Neiden catchment area on the Finnish-Norwegian border, River Ponoi and River Voronye and Lake Vuonniyavr and Lake Lovozero in the Murmansk region, Russia.

The impacts of climate change, such as changing winter conditions, dry spells in the summer, rising water temperatures and the risk of regional extinction of several fish species, have been detected across the Näätämö, Vuonnijavr, Voronye and Ponoi systems.

In June-August 2021, the first-ever microplastics survey in the Arctic was initiated within the project scope. The survey showed sizeable amounts of microplastics in the freshwater bodies of River Näätämö and Lake Inari. The concentrations varied from 55 to 185 MPs/m3. These are similar figures to samples taken from lakes in Southern Finland, which is worrying as the samples were collected in the wilderness area.

The survey concluded that the detected microplastics mostly originated from plastic bags, ropes and fibres, indicating that the particles come from consumer products.

Six different polymer types were found, the most abundant being:

The survey concluded that the detected microplastics mostly originated from plastic bags, ropes and fibres, indicating that the particles come from consumer products. An important step to be taken is to reduce the amount of accumulated microplastics. The project team has initiated discussions with local authorities about further actions to tackle the issue.

“A concrete first step is that every time people walk in nature, they should pick up all the plastics that they find. I encourage local authorities to increase microplastics monitoring and environmental protection activities,” says Tero Mustonen, the project team leader from Snowchange.

“We are happy to see that this cooperation project between Finland and Russia has taken place and brought valuable results despite the pandemic and all the restrictions. It shows that cross-border cooperation in the Arctic region can contribute to a cleaner environment,” adds Henrik G Forsström, Senior Adviser, Nefco.

The project was led by the Finland-based non-profit Snowchange Cooperative. In 2021, Snowchange won the St Andrews Prize for the Environment, one of the most prestigious global environmental prizes. Among the project partners were the Russian Academy of Sciences and its research institutes, Lovozero Centre of Development of Culture in Murmansk region, SLU Swedish Biodiversity Centre, and Saa’mi Nue’tt, an indigenous association based in Keväjärvi, Finland.

The grant funding for the project to the amount of EUR 200,000 was provided by the Nordic Environment Finance Corporation (Nefco) through the Nordic-Russian Programme for Environment and Climate Co-operation (PECC). PECC is co-funded by Nefco and the Nordic Council of Ministers (NCM) and managed by Nefco.

The final report can be downloaded here.

The project in the media: