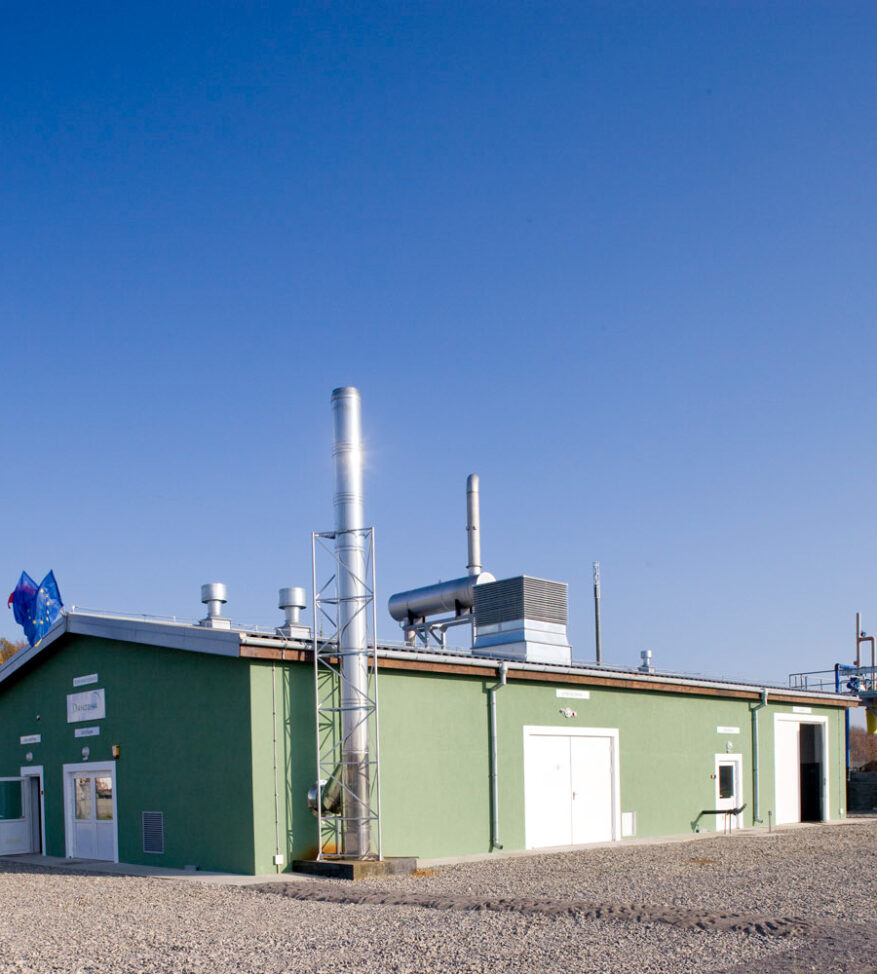 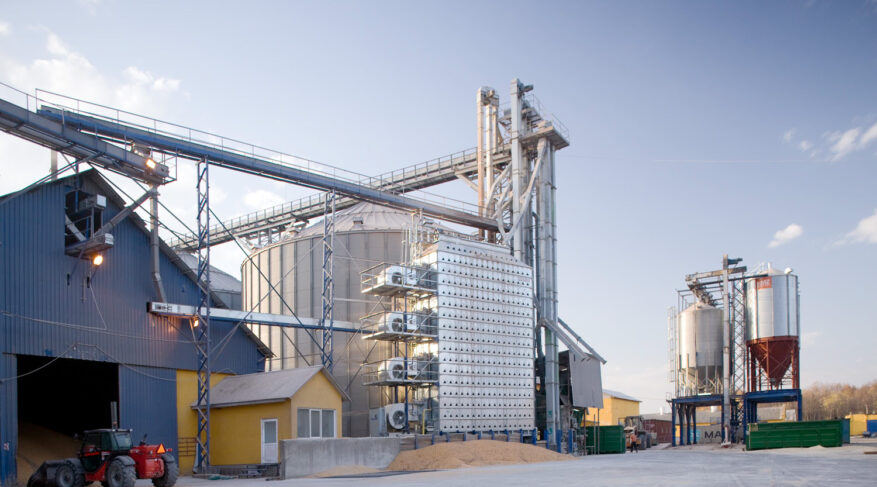 The biogas project in Kopanky is the project with multiple environmental benefits - it both decreases the release of methane and the leakage of organic sustances into waterways.

The reactor in Kopanky produces over 8,381 megawatt-hours of electricity per year.
Photo: Patrik Rastenberger

The reactor can take up to 100,000 cubic metres of pig manure annually.
Photo: Patrik Rastenberger

The Danish flag flutters in the wind outside Danosha’s piggery in Kopanky in western Ukraine. The Danish parent company Axzon A/S runs piggeries in Denmark, Poland and Ukraine. The success of the launch into the Ukrainian market has exceeded expectations, and the company is now setting up piggeries in several places in Ukraine.

There is great demand for pork in Ukraine, which is attracting foreign investors and companies to the country. Danosha’s piggery in Kopanky was set up at an old kolkhoz (a former Soviet collective farm) that has been modernised and renovated according to Danish models.

“We follow the strict animal welfare regulations of the EU, which has meant that all spaces, sties and stalls have been upgraded in accordance with the EU’s requirements for piggeries,” explains Danosha’s Communications Manager Nadia Sukharnyk.

The piggery currently has approx. 54,000 pigs, which means that a large amount of manure is generated that has to be taken care of and deposited. To manage the manure more efficiently, Danosha has invested in biogas production. With the help of a loan from NEFCO’s Investment Fund, the company has been able to install an anaerobic digestion plant and a biogas reactor with a capacity of one megawatt that can take up to approx. 100,000 cubic metres of pig manure and slurry per year. The reactor produces over 8,381 megawatt-hours of electricity per year, which more than covers the piggery’s own needs. In the long term, the investment will generate savings for Danosha, as it will allow it to break its dependence on external electricity companies.

“This is an excellent example of a good housekeeping project. Danosha takes care of its waste by producing electricity and heat from the dung, which can then be used as manure in agriculture,” says Senior Investment Manager Bo Nyhus at NEFCO.

The investment also generates tangible environmental results in the form of reduced carbon dioxide emissions. According to Danosha and NEFCO’s calculations, the project in Kopanky will generate emission reductions of approx. 8,540 tonnes of carbon dioxide per year. The villagers who live near the piggery can expect nicer smells and fresher air as a result of the sustainable manure management.

This is an excellent example of a good housekeeping project. Danosha takes care of its waste by producing electricity and heat from the dung, which can then be used as manure in agriculture

“We plan to invest in further biogas reactors in direct connection to our other piggeries in western Ukraine. There could be up to three similar projects,” says Communications Manager Nadia Sukharnyk.

The Ukrainian agricultural sector has a large pent-up potential for biogas production, which has led to great interest in Danosha’s venture. The company was visited by the Minister of Ecology and Natural Resources Oleg Proskuryakov when the biogas reactor was inaugurated. The reactor also has symbolic importance to the country’s striving to increase the proportion of domestic energy production.

So far, however, the newly awakened interest in biogas has not been reflected in legislation. The Ukrainian authorities are not granting any green tariffs for biogas, for the time being, while, for example, small-scale hydroelectric power, solar energy, wind power and bioenergy are being supported by subsidies that have been approved by the Ukrainian Parliament.

“I think there is every reason to invest in biogas at large piggeries in Ukraine, but it requires real expertise with a grasp of the biological processes and management of the daily operation. Biogas is no plug-and-play solution,” reminds Senior Investment Manager Bo Nyhus.